VENICE, Fla. - Off East Venice Avenue, shoppers inside a Publix got more than they bargained for.

"There was like a boom and it seemed like there was a wave of water hitting the front doors," said George DeJong.

George DeJong was inside picking up dinner around 5:40 p.m. when a tornado hit.

"People were dropping to the ground, a mother and her child they said get down get down," he said.

Within seconds, it was gone.

"At that point, you didn’t know if it was going to get worse or is it going to stabilize," said DeJong. 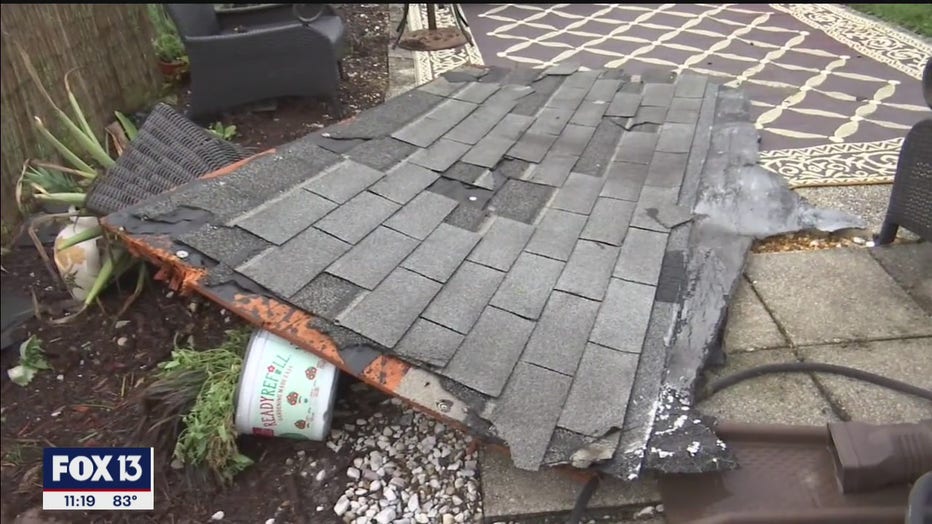 Inside a hole appeared from the roof. The tornado also damaged both goal posts at the Pop Warner football field at Wellfield.

Outside the Publix, trees were uprooted and cars were damaged, including DeJong's.

"The winds blew the car next to me into my vehicle it took out my diver side vehicle and then pushed my car into the curve and bent the wheel," he said. 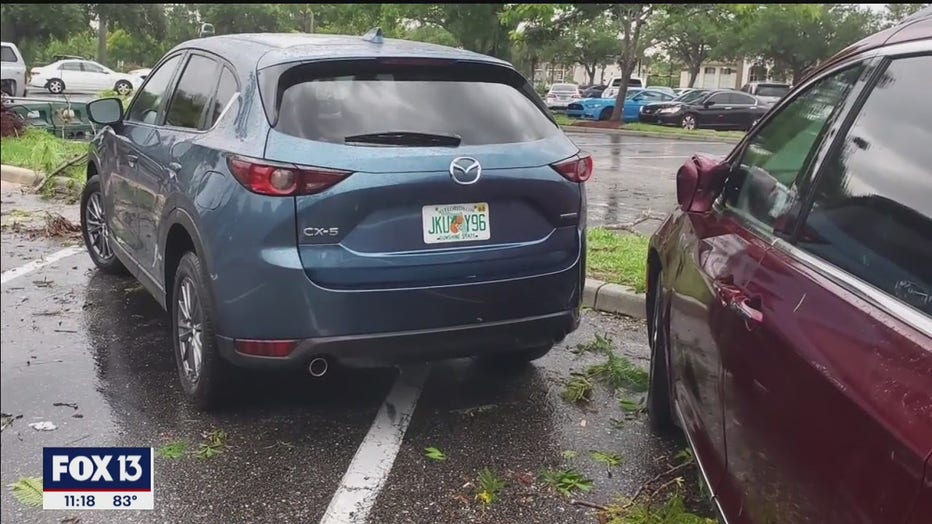 Behind the Publix, shingles from roofs in the 1300 block of Cypress Avenue were torn back.

A home had its roof struck by lightning and a 4-foot by 8-foot hole torn in the roof.

Inside an 87-year-old woman had been washing dishes at her sink, just feet away from the strike. 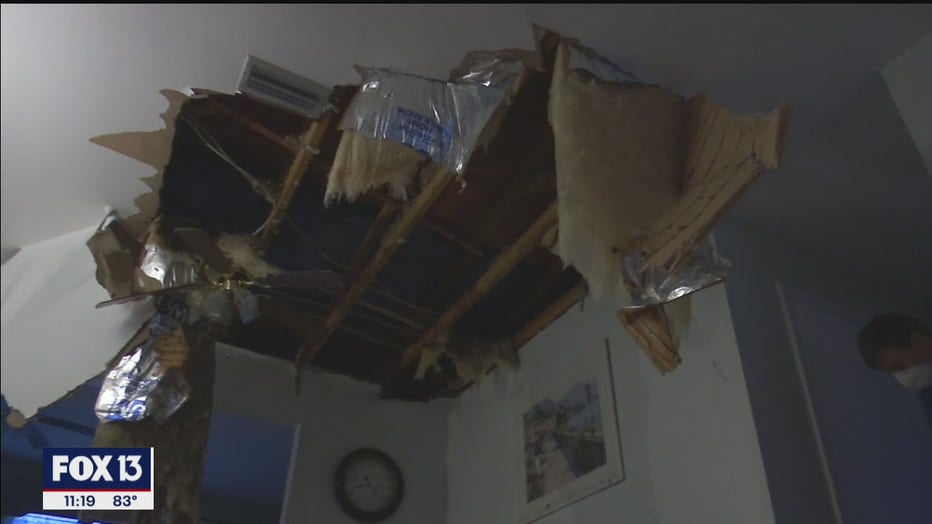 As quickly as the tornado moved through, it was gone, leaving behind damage, but nothing that can't be fixed.

"Nobody is hurt that’s the best thing in this situation, we can always fix the buildings," said Chief Carvey.