VENICE, Fla. - A Venice woman is crediting her smoke detector for saving her life – and her dog's – after a fire destroyed her mobile home early Tuesday morning.

That smoke detector was installed three years ago as part of a partnership between Venice Fire Rescue and the Red Cross to place them in local mobile home parks. In fact, when firefighters arrived, the alarm was still chirping as the home was being engulfed and even after the fire was extinguished.

A family friend said the woman and her dog made it out safe.

"I have no doubt that she never would've woken up if it wasn't there," family friend Shamess Twardy said. 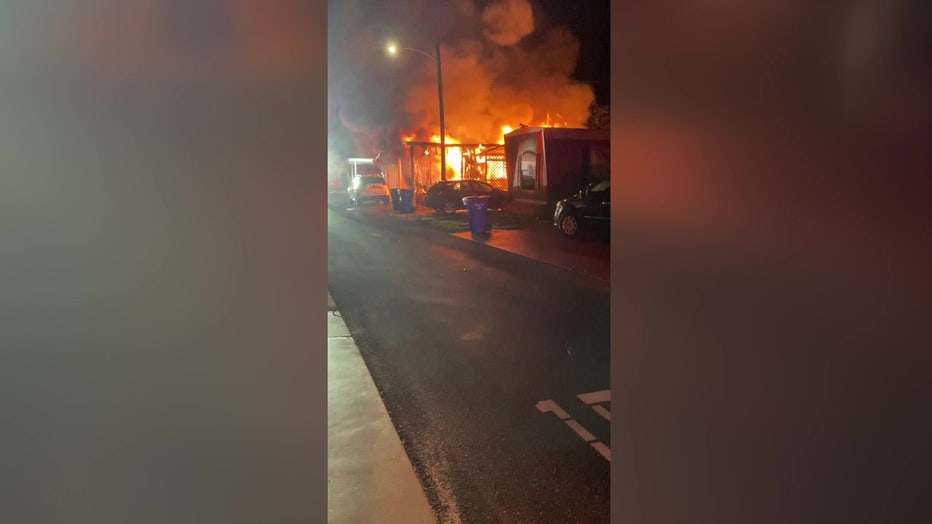 Twardy said the scene should be a wake-up call to everyone to make sure their own devices are properly installed and working.

"It is paramount to have that smoke detector in their home installed and activated, its paramount," said Venice Fire Rescue Chief Frank Giddens.

The cause of the fire is still under investigation, according to fire officials.