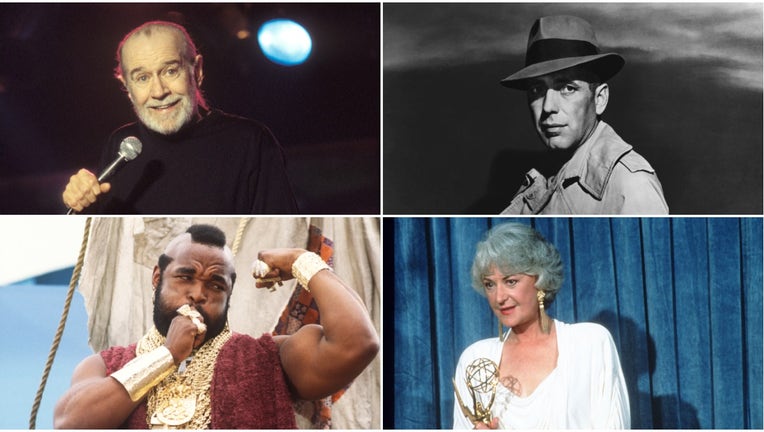 FOX Corporation and its employees are working with U.S.VETS to support their "Make Camo Your Cause" campaign by spreading awareness to the campaign and wearing camo to support the cause on Veterans Day. Read on for more.

Millions of people in the United States have served the country they call home as part of the U.S. Armed Forces. The ranks of the Army, Navy, Marine Corps, Air Force and Coast Guard (and now the Space Force) have included countless mothers, fathers, siblings and friends.

And more than a few famous faces once had a bunk in the barracks.

It’s no secret that Elvis Presley did a stint in the Army — the first movie he made after his time in uniform was called "G.I. Blues." But there are some celebrity veterans whose service isn’t as well-known.

FOX is celebrating some of those folks as part of its commitment to U.S.VETS, an organization dedicated to ending homelessness among veterans, and its "Make Camo Your Cause" campaign.

In order to bring visibility and awareness to "Make Camo Your Cause," FOX is asking businesses to purchase apparel from U.S.VETS online shop and wear camo with U.S.VETS this Veterans Day and post on social media using #HONORUSVETS.

U.S.VETS is also looking for volunteers in the fight against veteran homelessness.

But if volunteering isn’t an option, consider making a difference in other ways — by donating, posting to Twitter and Instagram with the hashtag #HONORUSVETS and otherwise supporting the nearly 40,000 veterans experiencing homelessness.

Then celebrate your favorite famous vet with one of these free movies streaming on Tubi. 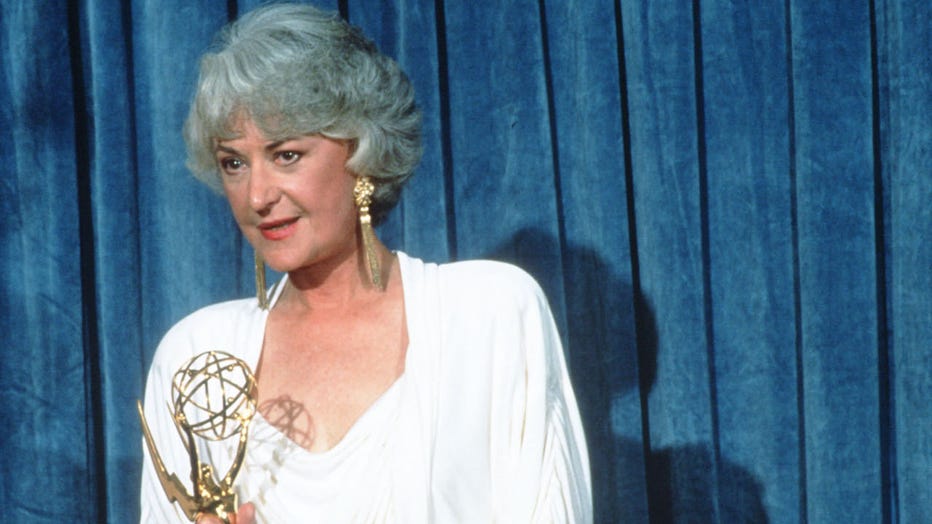 Thank you for being a friend — and for your service. Sitcom legend Bea Arthur may not have worn her dress blues to the Emmys, but the onetime staff sergeant did her part as a Women’s Reserve member and a Marine Corps truck driver.

My First Love (1988): This rom-com sees comedy icon Bea Arthur making eyes at Richard Kiley in a story that follows a widow (Arthur) determined to reconnect with a lost love — who, frustratingly, is attached to someone a lot less age appropriate. Rated TV-PG. 93 minutes. Dir: Gilbert Cates. 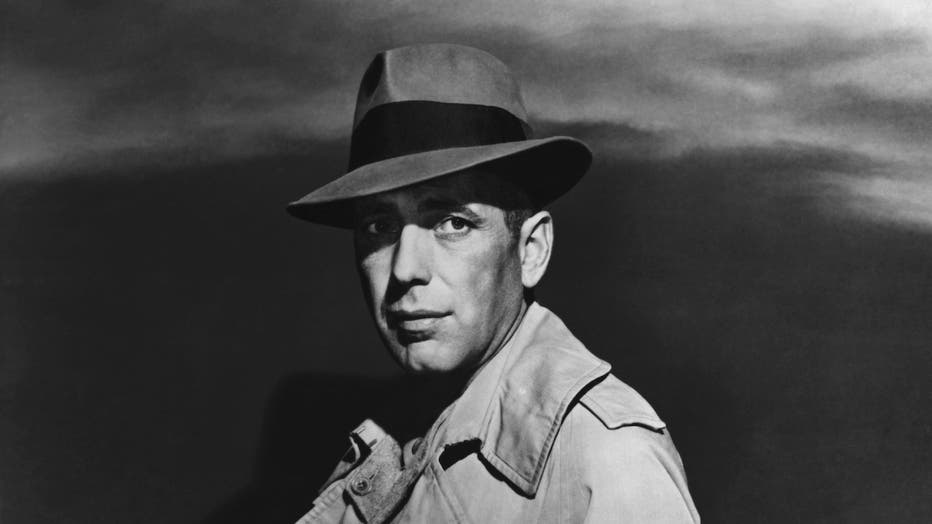 Humphrey Bogart (or "Bogie") had a silver spoon upbringing, but it turns out such a life didn’t suit him. After being expelled from a posh private school, Bogart enlisted in the U.S. Navy in 1918. He was honorably discharged a year later, though his stint in the military became part of Hollywood legend.

According to Military.com, it was rumored that the Oscar winner received his distinctive scar when "his ship, the USS Leviathan, was shelled by the Germans and a piece of shrapnel cut his lip. Another account says that Bogart was transporting a prisoner when the man smashed him in the face with his cuffs. A third explanation says that the prisoner swung at Bogart when one of his hands was freed."

Whatever the scar’s cause, "Casablanca" wouldn’t be the same without it.

Beat the Devil (1953): Roger Ebert called this oddball action comedy, which reunited Bogart with "Maltese Falcon" director John Huston and co-star Peter Lorre, a film of "effortless charm." In his essay on the film as one of the "Great Movies," Ebert wrote, "John Huston's "Beat the Devil" (1953) shows how much Hollywood has lost by devaluing its character actors. In an age when a $20 million star must be on the screen every second, this picture could not be made. Huston has stars, too: Bogart, Jennifer Jones, Gina Lollobrigida, but his movie is so funny because he throws them into the pot with a seedy gang of charlatans. "We have to beware of them," the Jones character warns her husband. "They're desperate characters. Not one of them looked at my legs." Rated TV-PG. 89 minutes. Dir: John Huston.

George Carlin: An "unproductive airman" and an electric talent 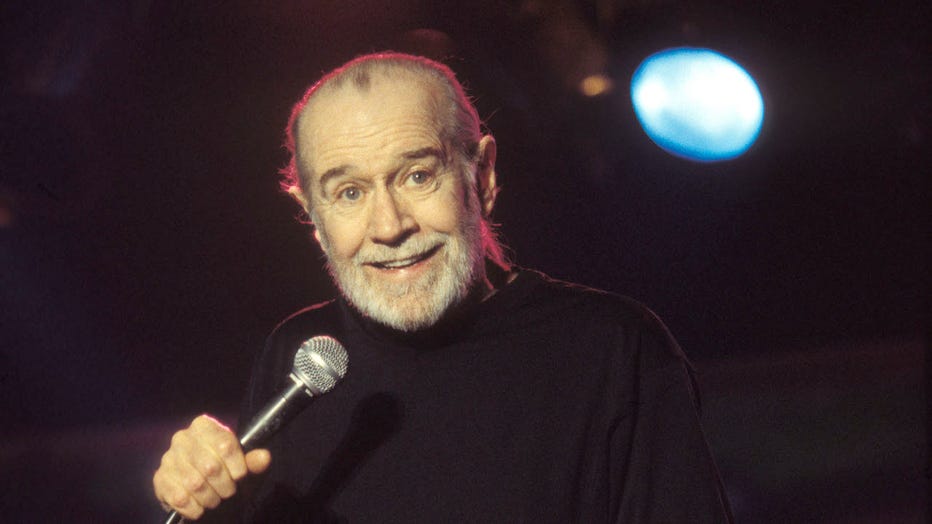 Stand up comedian, actor and author George Carlin is shown on stage during a "live" concert performance.

One of the best stand-up comedians of all time was somewhat less successful as a radar technician. That didn’t stop Military.com from putting George Carlin on its list of the Top 10 Celebrity Veterans.

Still, without his time in the ranks we may never have gotten "Seven Words You Can Never Say on Television." Carlin’s G.I. Bill benefits allowed him to go to broadcasting school, and while he spent time at an Air Force base in Louisiana, he also worked as a DJ at a Shreveport radio station. 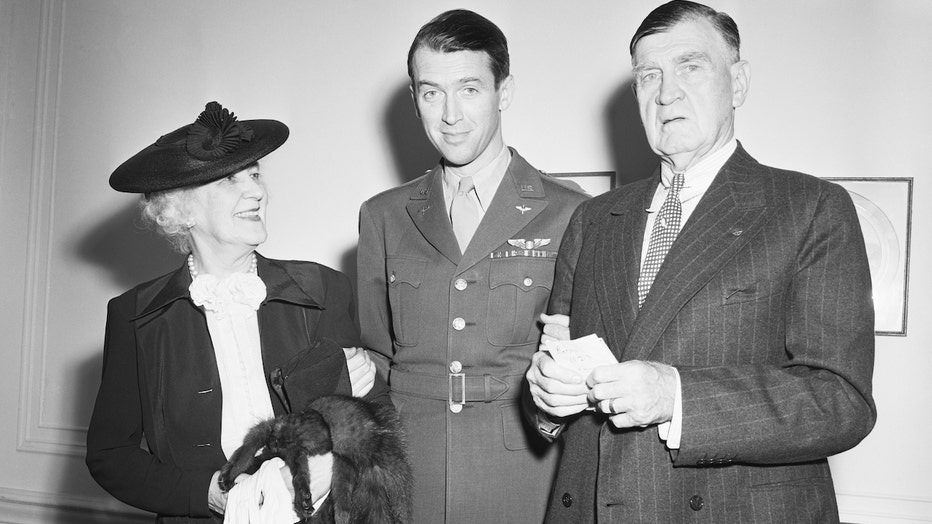 9/1/1945-New York, New York-Just like any serviceman returning from the war, Colonel James Stewart was greeted by his proud parents, who journeyed from Indiana, PA, to see their son after his arrival aboard the Queen Elizabeth. A veteran of a year an

Carlin and Arthur both served before they became stars, but James "Jimmy" Stewart could probably have taken his first Oscar with him when he enlisted as a private in 1940, before the United States entered the Second World War.

The star of "The Philadelphia Story" and "Mr. Smith Goes to Washington" wasn’t content to do P.R. stunts, either, earning an Air Corps commission and eventually flying bombers in Europe.

That’s just the beginning of a distinguished career in the Armed Forces, which continued even as Stewart made classics like "Rear Window" and "It’s a Wonderful Life" (the latter of which is currently streaming for free on Tubi.) 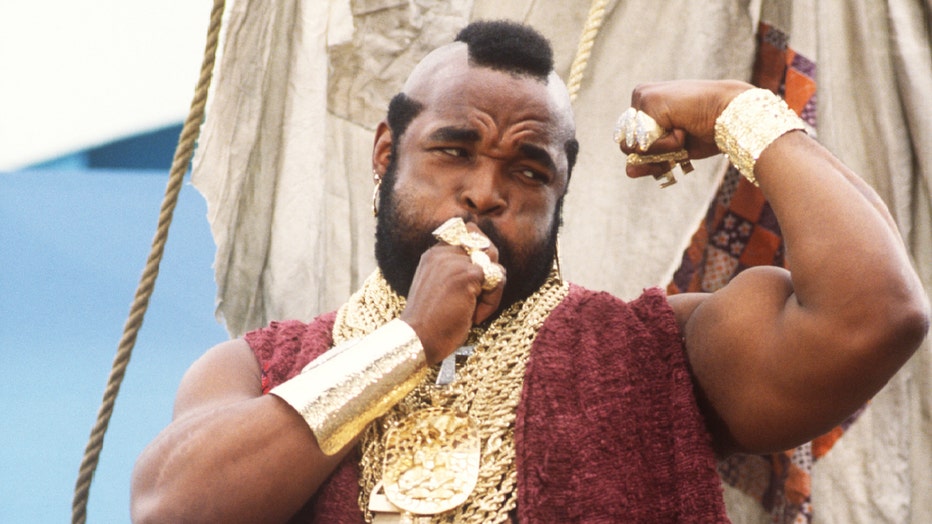 Make your own jokes about pitying the fool who doesn’t know that this bodyguard-turned-actor-turned-icon is a vet.

When Mr. T joined the Army National Guard in 1975, he became "Pvt. Mr. T," with Military.com writing that he "was a good soldier, earning a letter of recommendation from his drill sergeant, joining the Military Police corps and earning the position of squad leader at Fort McCoy, Wisconsin."

Once, when a platoon sergeant ordered him to chop down trees on the base, Mr. T took out 70 trees in under four hours, only stopping when the company commander issued an order.

What is ‘Make Camo Your Cause’?

U.S.VETS launched its campaign called "Make Camo Your Cause" to establish the camouflage print as the official symbol to honor its veterans.

"Camo was designed to conceal and protect our soldiers in combat. Today, in America we wear camouflage to stand out from the crowd and to demonstrate our patriotism and pride," the organization wrote. "With your support, #HONORUSVETS will give camo a new meaning, showing the community you believe our veterans deserve every opportunity to live with dignity and independence."

The organization encourages employees and customers to wear camo clothing and share their message on Veterans Day.

Stephanie Weaver contributed to this story.