The Bunker Coffee shop in Ybor City is closed most evenings, but on the third Sunday of each month, The Bunker opens its doors for Veterans Open Mic Night.

TAMPA, Fla. - When most people hear the term "open mic" they may think of an amateur comedian or singer testing out their talents in front of an audience for the first time. But once a month in Tampa, a special open mic night gives veterans a space to share their stories.

The Bunker Coffee shop in Ybor City is closed most evenings, but on the first Sunday of each month, The Bunker opens its doors for Veterans Open Mic Night, a partnership with the arts group Art2Action.

"The veterans community open mic is special because not only is it veterans, but it's community members," said event co-host and Air Force veteran Jessica-Patrice Coulter. "So, when civilians are around veterans who have served, it creates this kind of bridge between us."

At the October open mic night, Army veteran Frank Torres took to the stage, sharing the drumming skills he learned at James A. Haley Veterans Hospital as part of his therapy.

"There's a frequency on the drums... the vibrations make you feel good," said Torres. "Whether you suffer from post-traumatic stress or depression or anxiety or mental illness, it helps you cope." 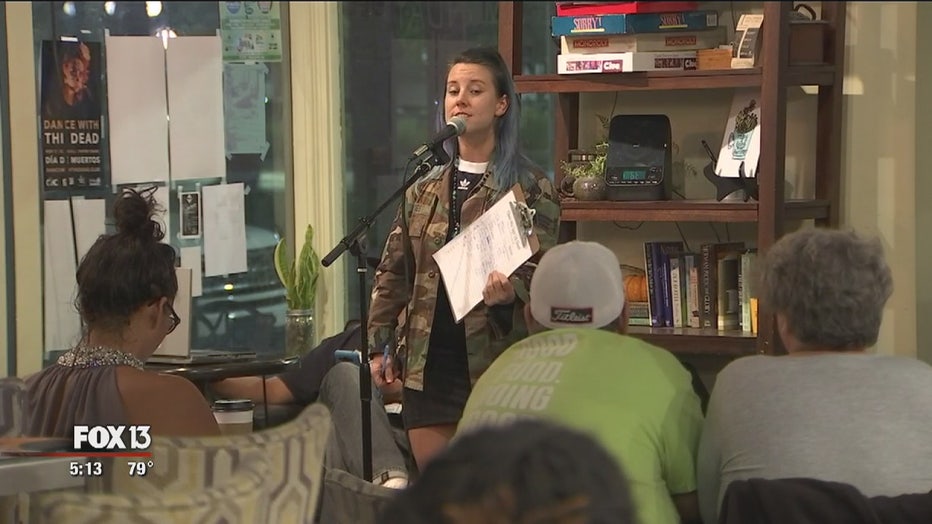 Another Army veteran, Frank Halsey, shared his struggle with alcohol and drugs that came after his service.

"It was hard to get a job, it was hard to tell people you were in a war," said Halsey. "We come here to live out there. That's what this is teaching me."

Anyone can share at the Veterans Open Mic Night, no matter if they served or even how accomplished they might be.

"It's a great community and it's a great feeling because everyone is accepting of everybody," said Frank Torres. "Nobody has to be perfect." 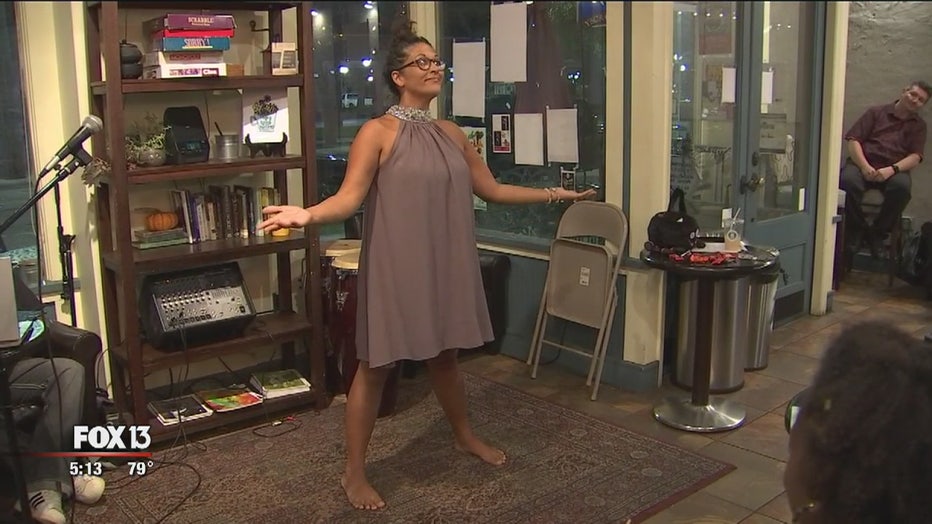