WEST PALM BEACH, Fla. - A 9-year-old girl in Florida was awarded by police after they say she fought off a robber to protect her mother – and it was all caught on video. (Mobile users can watch HERE)

West Palm Beach police say Journee Nelson and her mother were shopping for groceries at Sabor Tropical Supermarket on Nov. 2 when the suspect tried to steal her mom’s purse.

Police say while Journee's mother was loading groceries into her car, the suspect ‘rushed up on her’ and began to violently pull at her purse before knocking her down. The suspect reportedly told the mother to let go of the purse, "you're going to make me pop you" while reaching for his waistband. 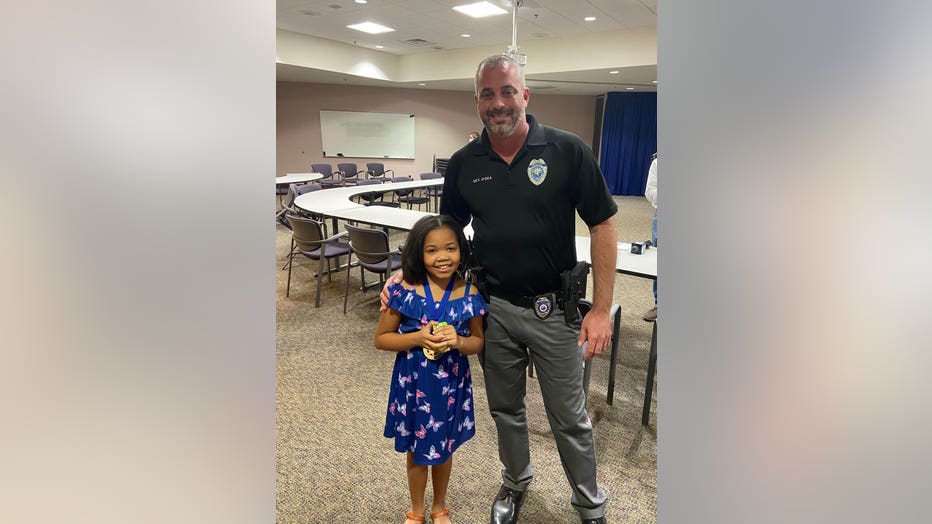 But Journee wasn't going to let that happen.

Security video shows the brave girl throwing punches at the suspect, hitting him in the face to try and fend him off.

"I fought back. I had to save my mom," she told WSVN. The suspect ended up pushing Journee to the ground and taking off with the purse. 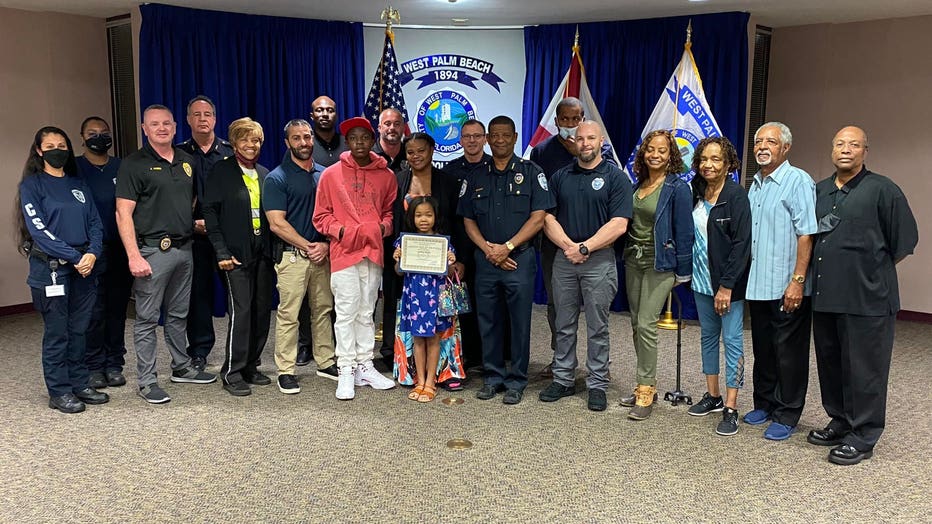 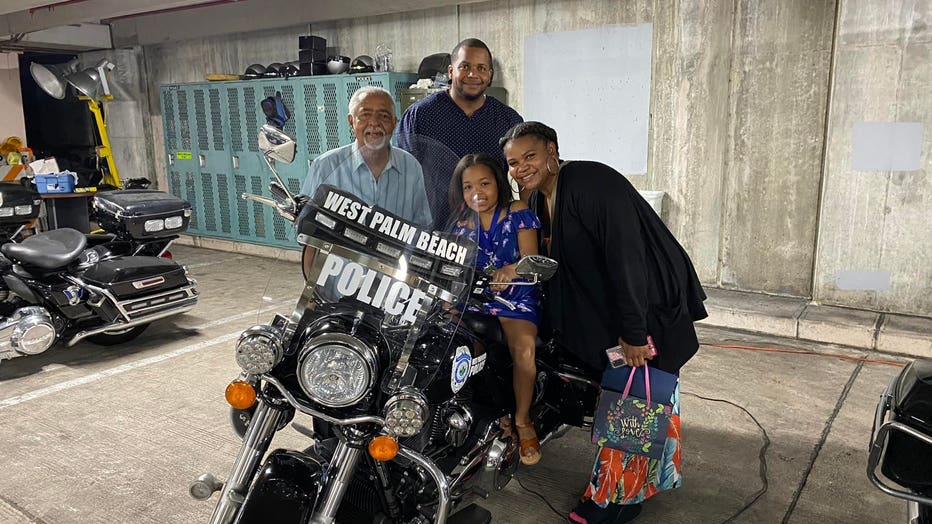 Journee was honored by the police department with a medal and certificate for her quick actions and courage.

"Chief Adderley honored a 9-year old child today for bravery as she ran to her mother’s defense to fend off a brazen robber. An #arrest was swiftly made in this case. The West Palm Beach Police Foundation presented the child with a token of appreciation."

The chief told WSVN that while the girl was brave, he does not recommend anyone confront a suspected criminal.

"I wouldn’t recommend that you confront an individual like that but in the heat of the moment things happen. I bet he was shocked when she kicked him right in the face because he definitely could tell on the video that he was not expecting that, and her actions were perfect timing in this particular situation, and I think she hit him pretty hard," said Chief Frank Adderley.

Jackson was charged with robbery and battery.

Watch FOX 35 News for the latest viral stories. Get breaking news alerts in the FOX 35 News app. Download for iOS or Android