LAKE ALFRED, Fla. - A Polk County sheriff's deputy can thank an FHP trooper for possibly saving his life Monday during a police chase along Interstate 4.

Dash-cam video shows the deputy deploying stop sticks near the Country Road 557 exit in anticipation of a stolen vehicle being followed by the Florida Highway Patrol.

But as the suspect approaches and loses control, the vehicle heads right for the deputy.

That's when a quick-thinking trooper pulls a PIT maneuver, hitting the back of the stolen vehicle and bringing it to a stop.

Other troopers quickly surrounded the scene and ordered the driver, 20-year-old Nain Nolasco of Mulberry, and his 16-year-old passenger to get out. They were both arrested at the scene. 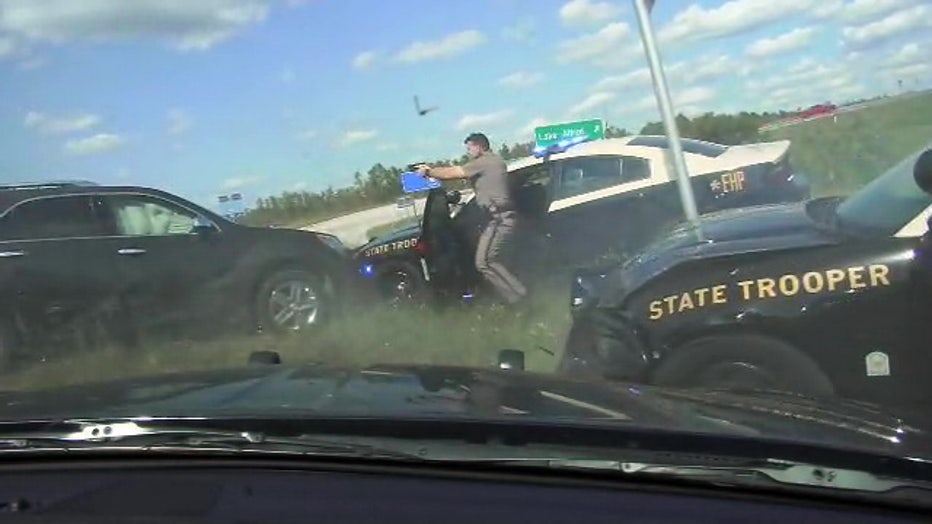 Nolasco was charged with grand theft auto, having no valid driver’s license, aggravated assault on a law enforcement officer, child neglect, reckless driving, and fleeing to elude.  He was also wanted in Hillsborough County for burglary and was held for the warrant as well.