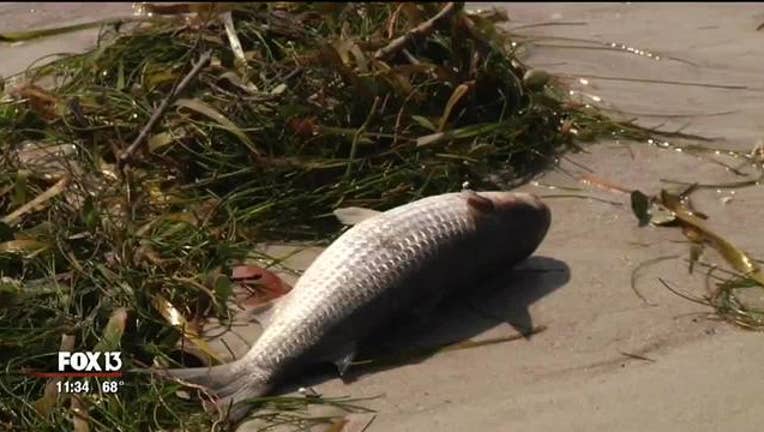 SARASOTA, Fla. (FOX 13) - Researchers are working to find out the long term effects of red tide on humans.

"There isn't any studies of long term effects and here we are in this situation where the population is being exposed," said Dr.Michael Mullen, the executive director of the Roskam Institute in Sarasota County.

Mullen's researchers are gathering data on those who live near and around areas hit by red tide.

"It just makes a whole lot of sense to get that population on record and check these levels as we go along and see if there are any long term health effects," said Mullen.

Monday morning, researchers collected blood samples and asked participants a list of questions. They are looking for 400 volunteers from whom to collect samples twice a year - once when there is no red tide, and another time when it returns.

"What we are measuring is the level of neuro toxin in the blood. In addition, we are asking them a whole set of questions on any symptoms they may have in particular neurological symptoms," Mullen explained.

It could take a year or more to collect samples, but Mullen told FOX 13 this research is needed and important to understand what can happen to humans around red tide.

"The neuro toxin that red tide releases can damage nerves and probably the central nervous system. We see that in mammals and fish. The question is, can there be any effects like that in humans? We are particularly interested in if there can be any long term effects," he said.

For more information on the red tide study visit https://www.roskampinstitute.org/.