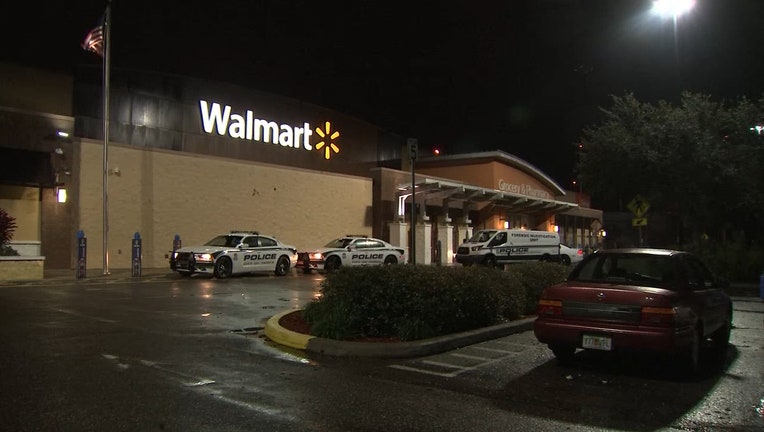 TAMPA, Fla. - Tampa police are investigating a shooting where a stray round struck a Walmart employee outside the store early Monday morning.

Police said the shooting occurred between two groups of people as the Score’s Gentlemen’s Club, located at 2310 North Dale Mabry Highway, was closing around 3 a.m. Detectives said no one was injured at the scene.

The individuals fled in vehicles, continuing to exchange gunfire, officers said.
As they were passing the Walmart located at 1505 North Dale Mabry Highway, a stray bullet struck one of the employees who was sitting in front of the store.

Police said it didn’t penetrate the victim’s skin but he was bruised.

Police said the shooting doesn’t appear to be a random act of violence and the two groups appeared to target each other.

Officers said the investigation is ongoing. Police didn’t say whether they had any suspect descriptions or identities.