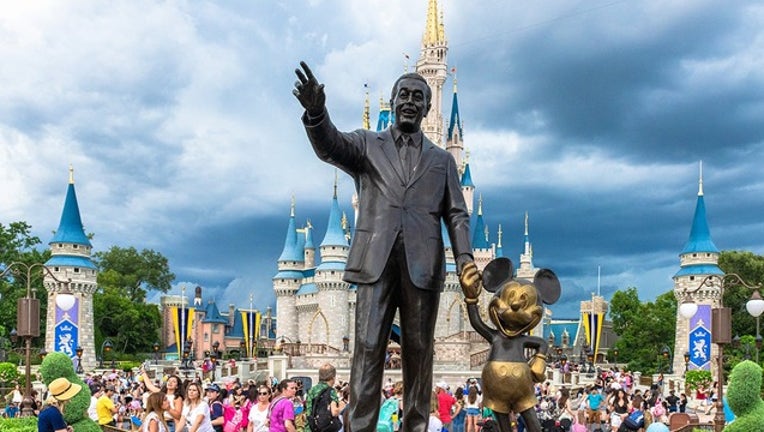 Walt Disney and Mickey Mouse statue inside of the Magic Kingdom theme park . The Cinderella castle can be seen in the background. (Photo by Roberto Machado Noa/LightRocket via Getty Images)

With the success of Disneyland in California, which opened on July 17th, 1955, the Walt Disney Company decided to build a second park. The east-coast park opened with just one park, Magic Kingdom, and two resort hotels. Those were the Contemporary Resort Hotel and Polynesian Village.

48 years later and Walt Disney World has grown exponentially. They now operate four parks, two water parks, over 25 resort hotels, and the Disney Springs complex. The latest additions to the parks include 'Star Wars: Galaxy's Edge' at Disney's Hollywood Studios and 'Pandora -- The World of Avatar' at Disney's Animal Kingdom.

Walt Disney World continues to expand, with plans to open new attractions and resort hotels on the horizon. For example, Epcot will undergo a multi-year transformation, bringing several new attractions, restaurants, and experiences to the park. This includes the new 'Guardian's of the Galaxy' coaster and a 'Mary Poppins' attraction.