“This is the gun I carried all across Germany,” says Bert Watkins, Jr. “It’s called a B-A-R, a Browning Automatic Rifle.”

Watkins was 18 when he landed in World War II. Now he’s 95. He served in the 3rd Army under General Patton. On a long march to Bastogne, he had his rifle and not much else.

“You had nine clips around your waist, two or three grenades, a gas mask, and a blanket over your shoulder,” he recalled.

Watkins and thousands of other young GIs would push into Germany, but the Germans pushed back.

“You knew eventually you were going to get hit,” says Watkins. “Just pray to God it was somewhere where you could still survive.” 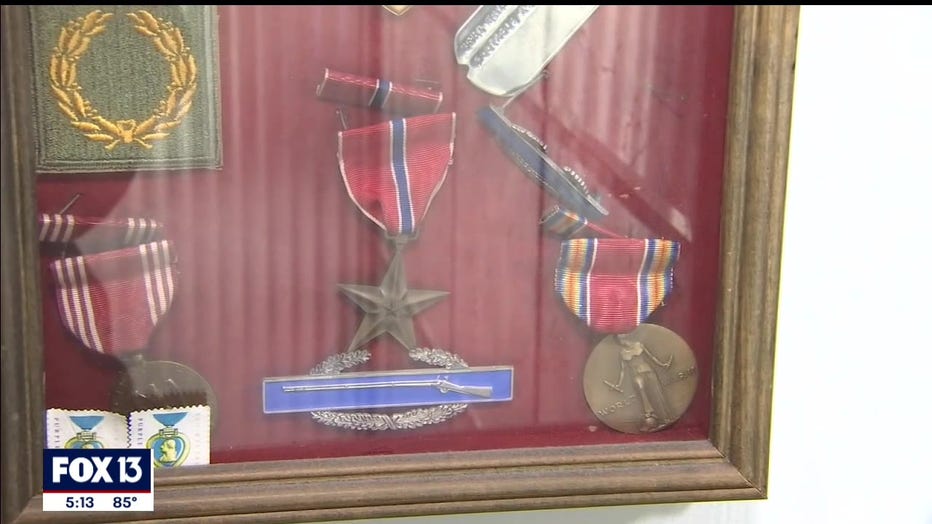 He remembers when they came upon a prison camp and he gave a starving prisoner a cracker.

“His eyes got that big. I’ll never forget it,” he remembered, choking back tears.

It’s still emotional for him more than 75 years after the tour of duty for which he earned both the Purple Heart and the Bronze Star.

“The Bronze Star is this one right here,” says Watkins motioning to the framed medal.

He earned it for saving 19 GIs who were pinned down by Germans.

“I just crawled over to the church and went up to the bell tower,” he said.

He laid down fire as the Americans fled to a safer location. But just weeks later Watkins’ worst fears came true. He was hit by German gunfire. 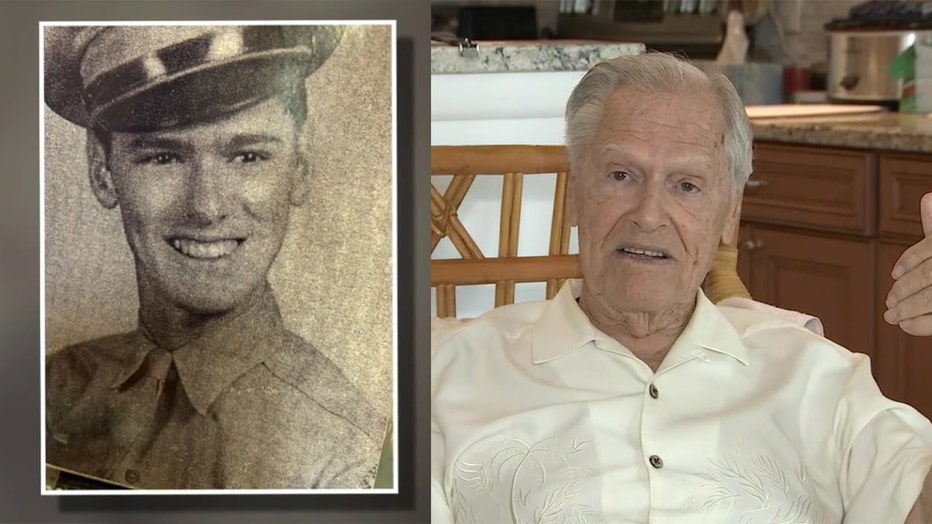 “It went in here and came out here. I got half a kneecap,” he points to the scars three-quarters of a century old.

He was hit in both legs.

Watkins was in the hospital for months and he’s been thankful ever since.

“Because to get out of something like that and you still got your senses, is almost a miracle,” he says.

Watkins says he and other wounded GIs celebrated the end of the war in a military hospital where they passed around a bottle of gin.

He and the thousands of soldiers who served under Patton are credited with breaking the backs of the Nazis near the end of the war.

The few who are left, like Watkins, still carry the scars of the war they fought to save the world.