NASA astronauts jettison towards stars on top of SpaceX rocket

The May 30 launch marked the first American-manned space mission since 2011.

CAPE CANAVERAL, Fla. - Millions of Americans will be sure to remember where they were on May 30, 2020 when a rocket ship designed and built by Elon Musk’s SpaceX launched two Americans into orbit from U.S. soil for the first time in nearly a decade.

All eyes were on NASA’s Doug Hurley and Bob Behnken, who were lifted from the same launch pad used to send the Apollo astronauts to the moon a half-century ago. 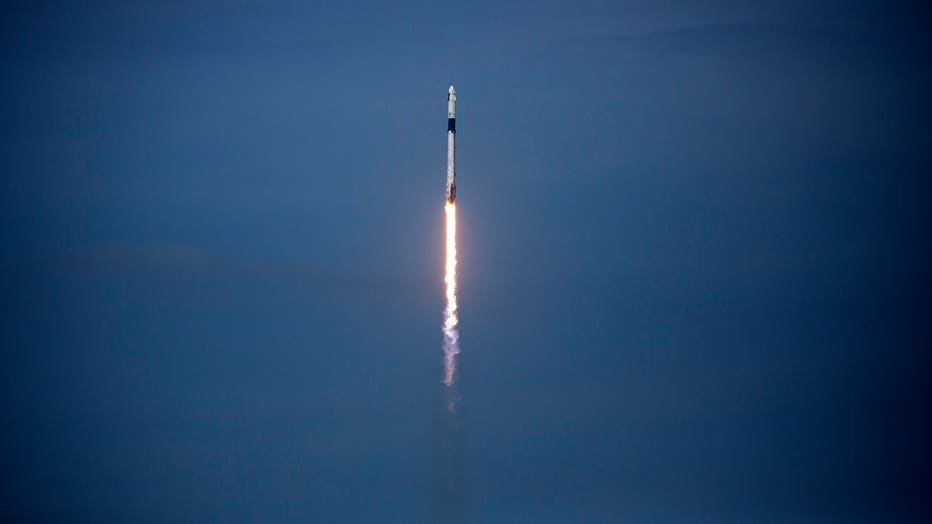 The SpaceX Falcon 9 rocket launches into space with NASA astronauts Bob Behnken (R) and Doug Hurley aboard the rocket from the Kennedy Space Center on May 30, 2020 in Cape Canaveral, Florida. (Photo by Saul Martinez/Getty Images)

Meanwhile, astronauts, families and everyone else who was over the moon to view this historic event posted their reactions to social media.

“WE DID IT!!!” wrote former NASA astronaut Michael J. Massimino.

“Blast Off!! What an amazing launch!  Kids are loving this!” wrote Stephanie Peterson on Twitter. She posted a video of her kids wearing NASA helmets jumping for joy, cheering at their television as Hurley and Behnken headed for the International Space Station.

Footage from inside the cockpit showed one of the astronauts lift a floating plus dinosaur as the rocket ship eventually left Earth’s orbit.

“Two humans (and one dinosaur) went to space today,” wrote another admirer of the launch on Twitter.

MIT-engineer and host of FOX’s Xploration Outer Space, Emily Calandrelli also weighed in on the launch, saying “can we appreciate how great these videos are???”

“It takes about 8-and-a-half minutes to get to space, and a whole day to parallel park,” wrote astronaut Catherine Coleman who departed the International Space Station in 2011.

Actor and filmmaker Elizabeth Banks also marveled at the spaceflight.

The Associated Press contributed to this story. This story was reported in Los Angeles.