ST. PETERSUBRG, Fla. - Clashing protests near downtown St. Petersburg's waterfront turned scary Saturday night after a counter-protester pulled out a gun -- and it was all caught on camera.

Police say it appears to have started with a man pulling out a knife. That's when another man, who was among 50 or more counter-protesters, pulled out a gun.

“Basically as patriots like myself and others, we're tired of it. We're tired of seeing the lawlessness going on,” said Jonathan Riches, a member of the group Florida Patriots.

Protester Brandon Sims was among the protesters Saturday night calling for justice for those affected by police brutality. He called it a peaceful protest and said they did not come for violence.

A group of protesters in St. Pete were seen surrounding a vehicle in the downtown area following a grand jury decision in the Breonna Taylor case. The video, captured by the Tampa Bay Times, shows one protester walking on the car, and another throwing a skateboard at it before the driver sped away. Warning: Explicit language can be heard in the video.

“Some violence was started, but not by us,” said Sims said. “We always got to try from both sides to keep it non-violent. I feel like this is a situation that can be decided without guns or violence."

Riches says his group was there to “protect the city.”

“If these videos continue to come out with protesters blocking traffic and laws like the governor said…it’s going to bring more patriots out,” he said.

In video captured by the Tampa Bay Times, reaction over the Breonna Taylor case got heated in St. Pete as protesters marched along Beach Drive, and, at one point, confronted a couple who was seated outside a restaurant. Warning: Explicit language can be heard in the video.

He’s referring to a few now-viral videos, one of which shows a couple having dinner while protesters yell at them. In another, protesters block traffic and then jump on a person’s car.  In both cases, no one pressed charges.

The governor said he hopes to stop these kinds of protests.

“It is simply unacceptable to allow that type of behavior here in the state of Florida,” Gov. DeSantis said on Friday.

The city of St. Pete is expected to hold a news conference Tuesday to address protests as well as COVID-19. 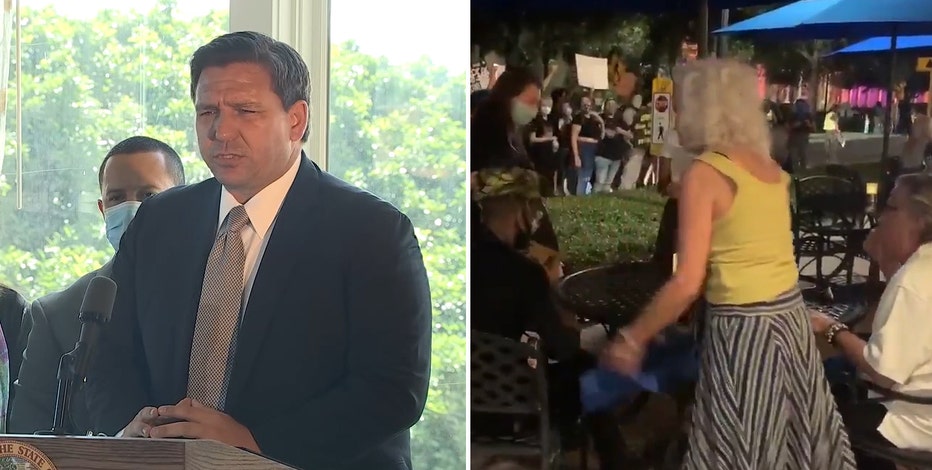 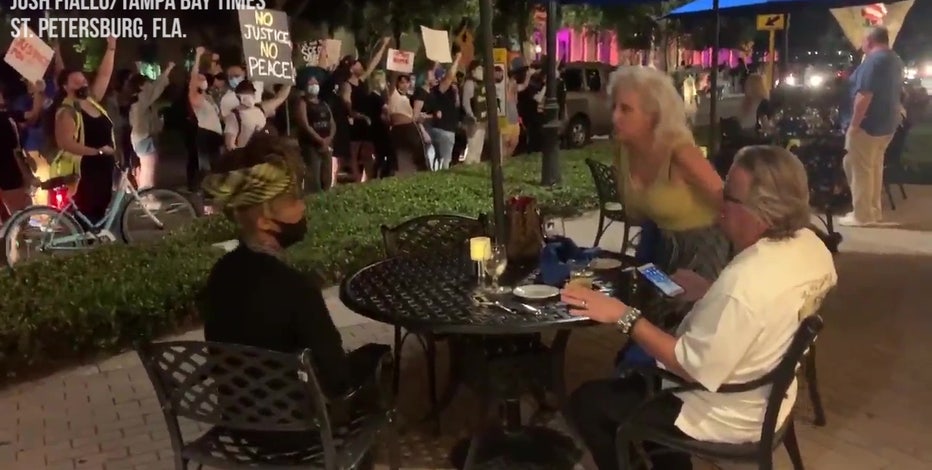