TAMPA, Fla. - It was a breezy day around Tampa Bay as Tropical Storm Eta, now southwest of the state, continued along an unusual path. Forecasters expect the storm to continue curling around Florida before an eventual Big Bend or Panhandle landfall.

This morning's winds were enough for the Florida Highway Patrol to shut down the Skyway Bridge around 4:40 a.m. Officials typically close the bridge when wind gusts hit 40 mph. The bridge was reopened around 12:40 p.m.

Highlands, Hardee, and Sarasota County closed schools on Monday, November 9 due to possible weather conditions as a result of Eta. Schools will be back open Tuesday. 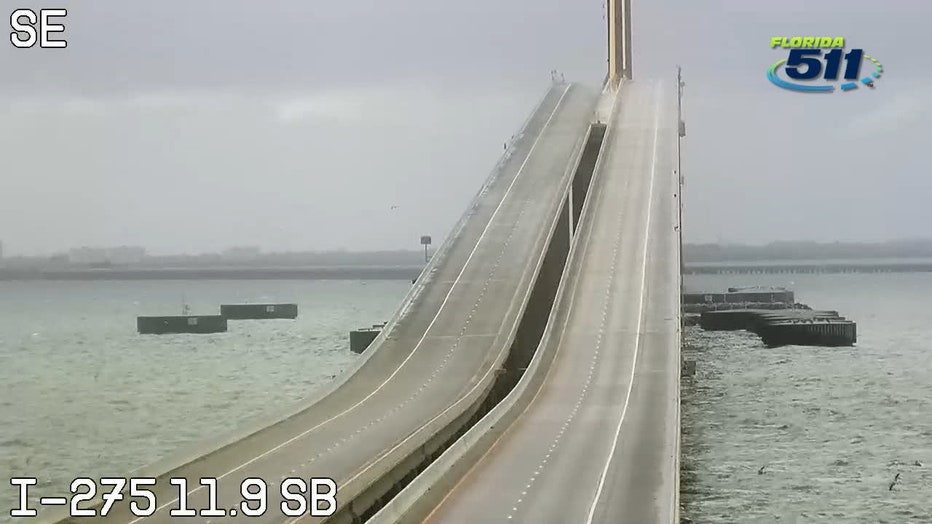 Governor Ron DeSantis has already declared a state of emergency in eight South Florida counties. Some areas, like Miami and Fort Lauderdale, have been experiencing flash floods. The same storm has left dozens dead, and more than 100 missing in Central America, where it hit last week as a Category 4 hurricane before making a loop and returning to the Caribbean Sea -- aiming for Florida.

On Sunday night, Eta made landfall in the Florida Keys, specifically on Lower Matecumbe Key, with winds of 65 mph. The storm is expected to turn out into the Gulf, before once again drifting toward the Florida coast, but there is still some uncertainty on where it may make landfall.

As of the NHC's evening update, the only tropical storm watches still in effect were for parts of Cuba. The rest, for Florida, had been canceled for now.

"Our weather is not really going to change over the next couple of days," explained FOX 13's meteorologist Dave Osterberg. "It's going to be very windy -- on and off -- with some high wind gusts and occasional little bands of rain." 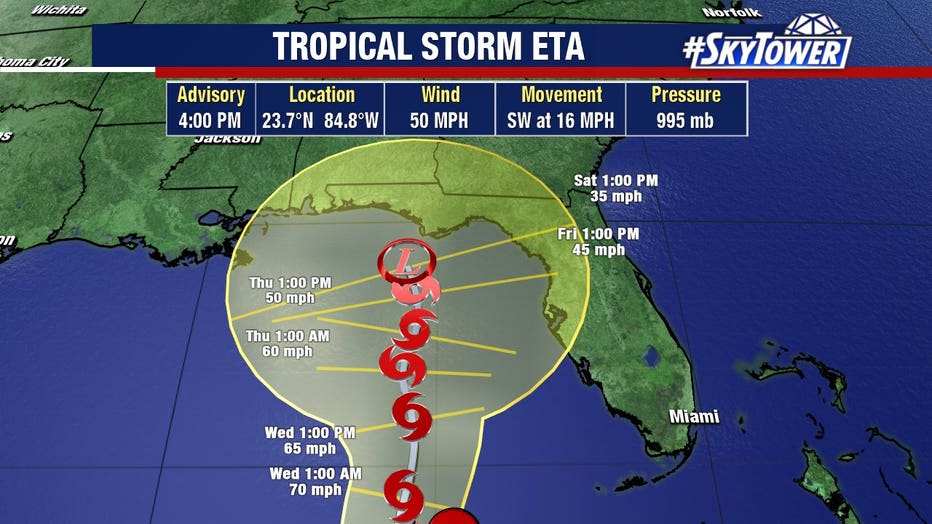 On Monday morning, some parts of Tampa Bay were seeing wind gusts up to 30 mph. Winds were higher to the south. Osterberg suggested bringing in any loose items in your yard.

"The farther south you are, the windier it is going to be today," Osterberg said.  "We're not going to get sustained winds that high until at least the second half of the week, if at all. It really depends how close the center will come to the Tampa Bay area." 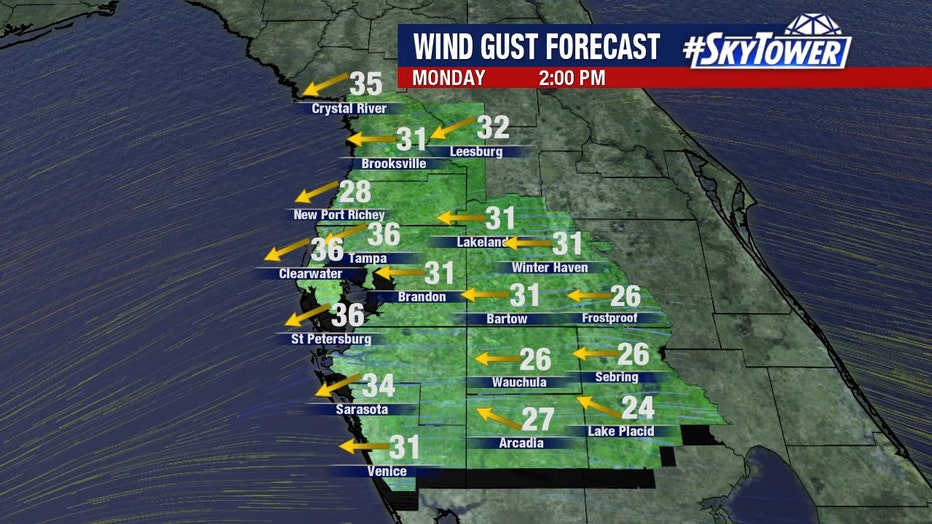 Eta will drift to the southwest. Then it will meander around before it slowly makes its way north around Wednesday.

"Once it moves far enough out in the Gulf, it has the potential to become a minimal hurricane, just because the water is warmer out there than it is closer to the coast, but then it is going to encounter some wind shear," Osterberg said. 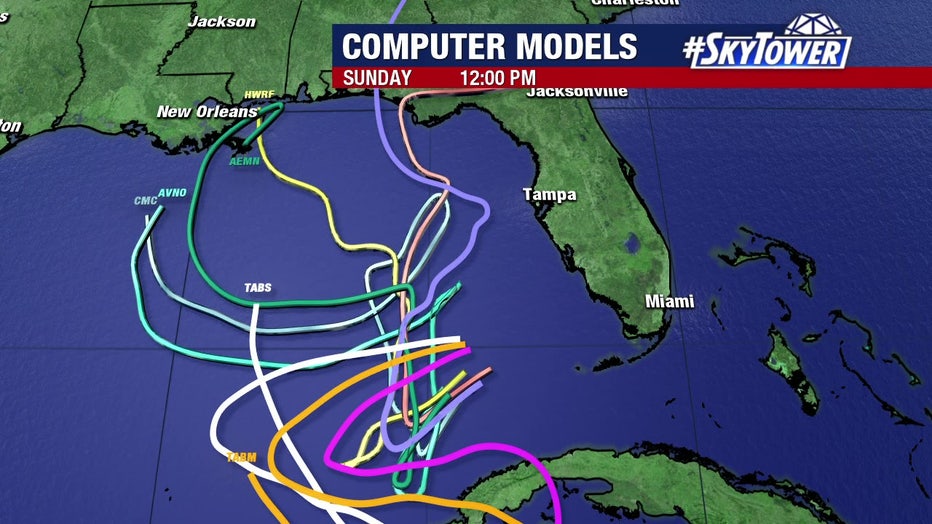 As it turns toward the north, where it moves onshore obviously makes a huge difference in the late-week forecast, he added.

"The one thing that I have noticed is it's slowing down even more," Osterberg said. "So, the threat for a lot of wind and scattered showers is going to continue all week long with the primary focus being late in the week as to where it makes its way onshore."