Meteorologist Tyler Eliasen is keeping a close eye on Tropical Storm Eta, which is expected to make landfall Sunday night in the Florida Keys and southern Florida.

SEBRING, Fla. - Highlands, Sarasota and Hardee County schools will be closed on Monday, November 9 as Tropical Storm Eta makes its way across South Florida and into the Gulf of Mexico. The school districts decided to cancel class Sunday evening due to the potential for significant rain and winds gusts in the area.

Forecasters say Tropical Storm Eta is likely to become a hurricane before making landfall in the Florida Keys and southern Florida Sunday night.

FOX 13 meteorologist Tyler Eliasen says the Tampa Bay area will see wind gusts and rain on Monday. He says the storm is expected to move out into the Gulf after moving across the southern portion of the state and that’s where the forecast gets complicated. 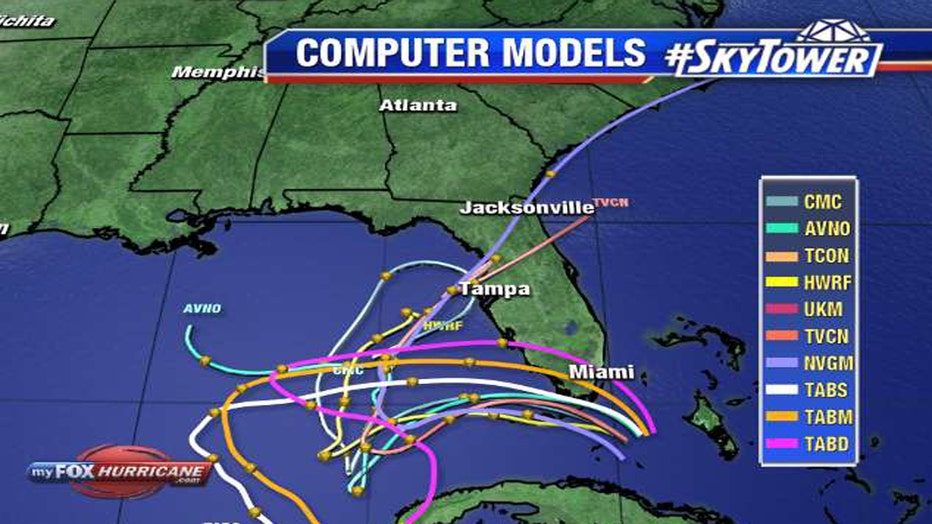 The storm is expected to stall out in the Gulf for a few days and then most models show it moving north northeast making landfall north of the Tampa Bay area possibly as a hurricane later this week.