WASHINGTON - The White House abandoned social distancing for reporters attending President Donald Trump's Rose Garden event Friday because “it looks better,” according to the aide who ordered it.

Seats for reporters at recent White House events had been placed 6 feet apart to protect against the spread of the coronavirus. But shortly before Friday's event, Trump aides moved the seats closer together so reporters were sitting shoulder-to-shoulder. 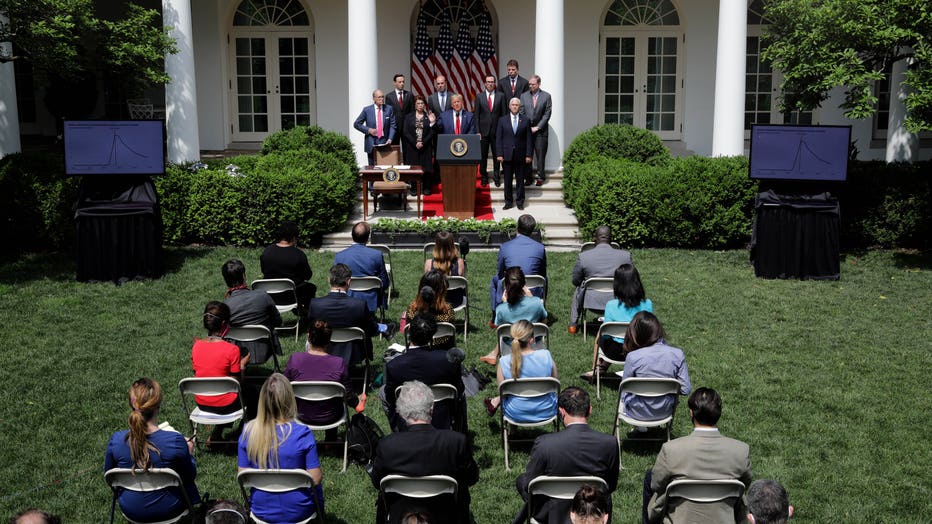 President Donald Trump speaks during a bill singing ceremony with his economic team in the Rose Garden at the White House June 05, 2020 in Washington, D.C. (Photo by Chip Somodevilla/Getty Images)

“The health of the press corps should not be put in jeopardy because the White House wants reporters to be a prop for a ‘news conference’ where the president refused to answer any questions,” Karl said.

White House spokesman Judd Deere said it was his decision to move the seats closer together.

“It looks better,” Deere said. “I would remind you that those in the (press) pool are tested, everyone is temperature-checked and asked if they have had symptoms.”

Trump noticed when he was at the podium, and seemed happy about the new seating arrangement.

“I noticed you're starting to get much closer together,” the president said. “Looks much better, I must say.” 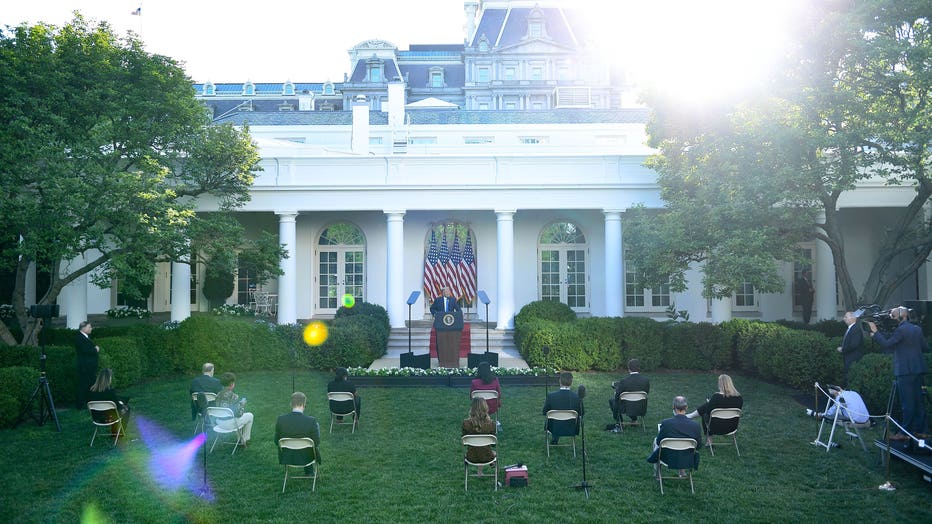 President Donald Trump delivers remarks in front of the media in the Rose Garden of the White House in Washington, D.C. on June 1, 2020. Chairs for the media are spread apart by 6 feet amid the coronavirus pandemic. (Photo by BRENDAN SMIALOWSKI/AFP v

“This is outrageous,” she said. “Those chairs should have been far apart. There was no reason to put them together, except so that President Trump could telegraph a false message.”