TAMPA, Fla. - Tampa attorney Todd Foster says his client, 26-year-old Lin Halfon is no gold-digger and even if she was, it’s not a crime.

"They’ve essentially arrested her and accused her of stealing from her husband? How do you steal from your husband?" questions Foster. 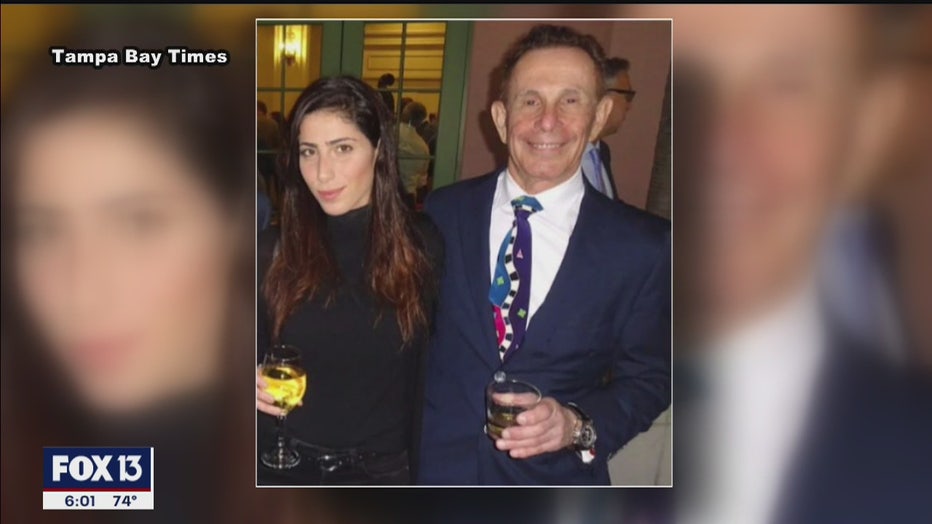 Halfon and 77-year-old Tampa businessman Richard Rappaport tied the knot last summer. Now the young newlywed is in jail and her husband is asking for a divorce.

She’s accused of trying to cash a $1 million check, at Amscot, from her husband's bank account. Employees there refused to cash it and later grew suspicious after she returned a few times to cash checks for smaller amounts.

Court records show Halfon was so eager to get her hands on the money, she offered to pay Amscot double interest.

Halfon is charged with money laundering, exploitation of the elderly, and organized fraud charges.

However, Foster says his client had a legal right to the cash.

"You will see, as it shakes out in the courts, it’s not what it’s reported to be," Foster said. "This is a consensual transaction between a husband and wife."

Halfon is being held in jail on a bond of $1 million. Foster hopes to get that reduced.

"This was not a spur-of-the-moment, let’s get married, give me all your money type of thing. This was a marriage and a courtship and a relationship over time," explained Foster.

Halfon is in a Tampa courtroom Tuesday for a bond reduction hearing.