WINTER HAVEN, Fla. - Polk County deputies arrested a man for armed sexual battery after he met the victim at a hotel and pretended to be a law enforcement officer, they said.

On Tuesday, Polk County deputies arrested 37-year-old Thomas Lee Simmons, who lives in Winter Haven. They said the investigation began after the victim called 911 from the Stay Plus Inn, located at 33224 U.S. Highway 27 in Haines City.

Detectives said the victim met the suspect on a dating website and arranged to meet at the hotel.

According to an arrest affidavit, the victim told detectives: "The suspect came into the room, he pulled out a fixed blade knife with a brown handle from a sheath attached to his belt and told the victim to strip naked and lay on the bed. The suspect told the victim that he was with the narcotics unit and he had other officers outside the room. During the encounter, the suspect also pretended to talk on a radio to other individuals." 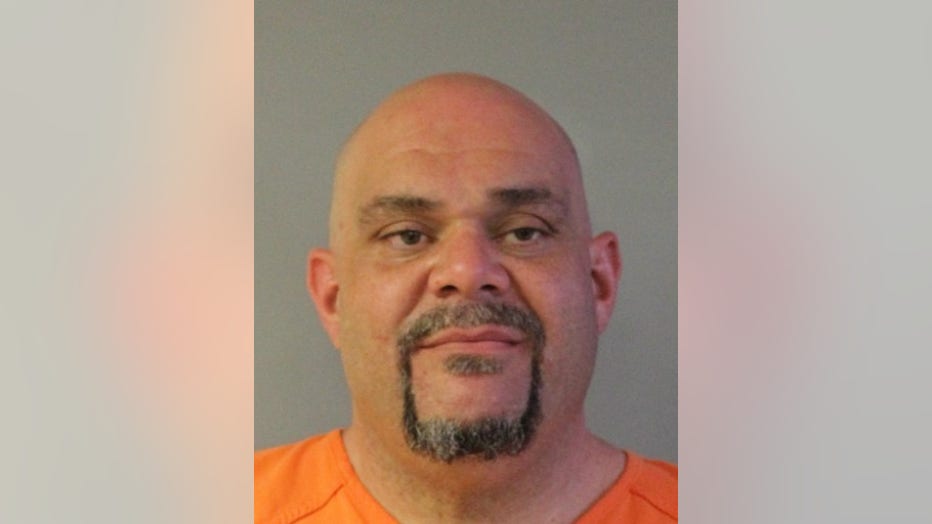 Then, detectives said Simmons removed his clothes and sexually battered the victim. After, the suspect told the victim "agents" were heading to the victim’s sister’s home and were going to "get her as well."

Simmons took the victim's driver's license, passport, an iPhone, an Apple Watch, Airpods, and three pairs of Air Jordan tennis shoes, according to the sheriff’s office.

"You never really know who that person is online," said Sheriff's office spokesperson Alicia Manautou. "That would be an absolutely horrible place to be, thinking that you are meeting someone for the first time, that this is a potential dating opportunity, and then be struck by the fact a knife has come out."

Detectives located Simmons at his girlfriend’s home in Winter Haven. During a search of the home, deputies found the victim’s stolen items, including a knife that matched the description given by the victim. The knife was located in the front seat of Simmon’s truck.

"He gave some of those items to his girlfriend's son as a Christmas present," said Manautou.

Detectives said Simmons originally gave detectives a false name during an interview but later provided his identity. They said he admitted to meeting someone for sex earlier at the Haines City hotel and stealing the victim’s belongings.

"This was the act of a violent criminal with a criminal history, and the outcome could have been much worse," Sheriff Grady Judd said in a statement. "I encourage anyone using online dating services to be cautious. Meet with strangers in a public place, like a restaurant, and never give out your personal information like your home address until you at least get to know that person better. Another safeguard is to tell a trusted loved one where you are going, and set up a time to check in with that person, just in case."

Simmons faces six charges, including sexual battery with a deadly weapon and false imprisonment. He is in the Polk County jail and is wanted on a warrant out of Osceola county.