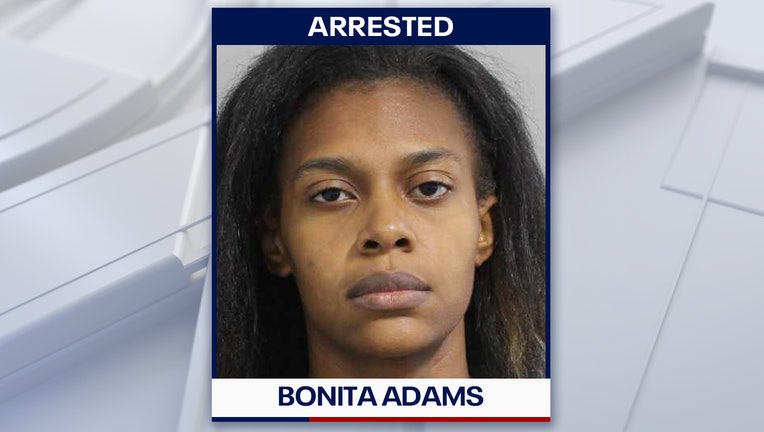 According to the Winter Haven Police Department, Bonita Adams, 25, was traveling on 6th St. SE shortly before 8 a.m. when she says another driver cut her off after turning onto 6th St. from Ave. O SE.

Police say when both vehicles stopped for a traffic light at the intersection of Ave. K SE and 6th St. SE, Adams got out of her vehicle with a handgun and walked up to the victim’s vehicle.

According to police, she pointed her .380 handgun at the victim's face and stated that if the driver ever cut her off again, she would find her and kill her. The victim’s 12-year-old child was also in the car and witnessed the incident.

After making the threat, police say Adams walked back to her vehicle and continued traveling along 6th S when the light changed and called law enforcement.

Police say Adams followed the victim and officers found both vehicles in the area of 6th St. SE and Ave. C SE and touched base with Adams.

READ: ‘I wouldn’t wish it on my worst enemy’: Mother of driver shot during road rage incident pleads for answers

According to officers, Adams told them that the victim cut her off and she admitted to walking up to the victim while stopped at a traffic light and pointed her handgun at the victim's face.

Adams was arrested and charged with aggravated assault with a deadly weapon, and exhibiting a weapon within 1,000 feet of a school because the incident happened at the intersection where Winter Haven High School is located.