TAMPA, Fla. - Two major indicators of inflation are showing slight improvements, according to recent reports, including one released Tuesday.

The Producer Price Index, which measures inflation at the wholesale level, showed an 8% decrease in prices in October. That's the smallest increase since July of last year.

This comes a week after the Consumer Price Index showed inflation at about 7.7% last month, down from a little more than 8% in September.

"The fact that it's gone down to about 8%, that's definitely a good thing," said Michael Snipes, a USF Economist, adding one issue facing consumers is that the rate of inflation varies depending on the item. "When you kind of dig into the weeds a little bit as to kind of maybe in anticipation of what the holiday season is going to look like, a lot of the things that we consume more of are increasing faster than 8 percent, so even though the overall average is coming down, the things that we use the most of, especially this time of year, the prices of those are still going up."

Snipes said, overall, prices are still rising, while gas and airfare, for example, continue to see inflation rates that are above average.

Additionally, when it comes to gift-giving, Snipes said families may need to shop around and spend wisely this holiday season. 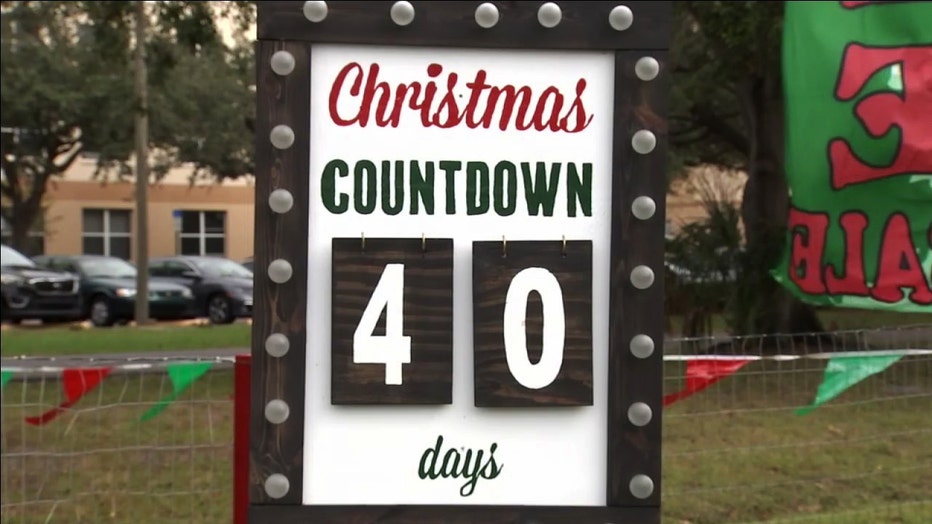 "Toys are another one of the things that are increasing by faster than 9%," he said." "Maybe it might make more sense to give clothes as a gift as opposed to toys."

According to some national reports, the price of Christmas trees could be up about 20%. Ed Gallio, who runs Gallio Family Christmas Trees in South Tampa, said he's trying to keep his prices down.

"It's the larger trees that have gone up because there's so much more to get them here, the manhandling to cut them and bale them and load them," Gallio said, adding it cost him considerably more to set up his stand this year too. "It's ridiculous, just the price. It's hit us pretty good... We're trying our best to absorb that because this is up here was a working man's part of town."

A member of the Federal Reserve Board of Governors recently told the Wall Street Journal that, even with the recent positive news, consumers shouldn't expect to prices to come down any time soon.