Meet the man behind the smoke

Robert Luke is the owner and head barbeque chef at Robert’s Smokin’ BBQ.

"We specialize in old-fashioned BBQ done by a country boy, nice and slow and steady as we go," he said.

Robert smokes almost every item on the menu, from his mac and cheese to prime rib and salmon. He even smokes dessert cakes on one of his three smokers.

His largest smoker is named Mr. Pretty, after his grandfather, and designed to look like a pig.

"He taught me everything I know about barbequing," Robert continued.

Robert explains the names behind his smokers

Gloria, Mama, and of course, Mr. Pretty -- those are the names of the smokers at Robert’s Smokin’ BBQ in Port Richey. Here's how that happened.

A second smoker is named Gloria, after is sister who passed away in 2015. And the last is named Mama, after his mother who lives in Safety Harbor.

Robert’s offers dine-in and takeout. They also cater for large events including weddings. 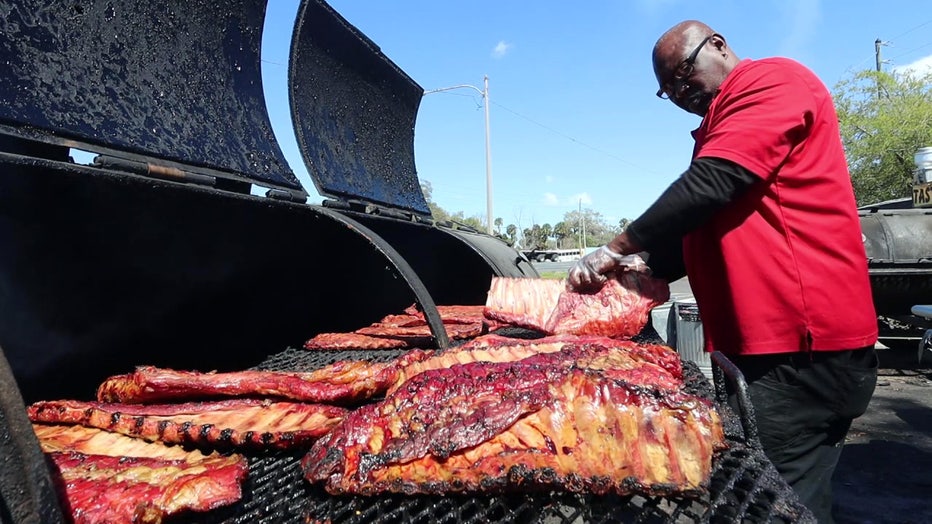