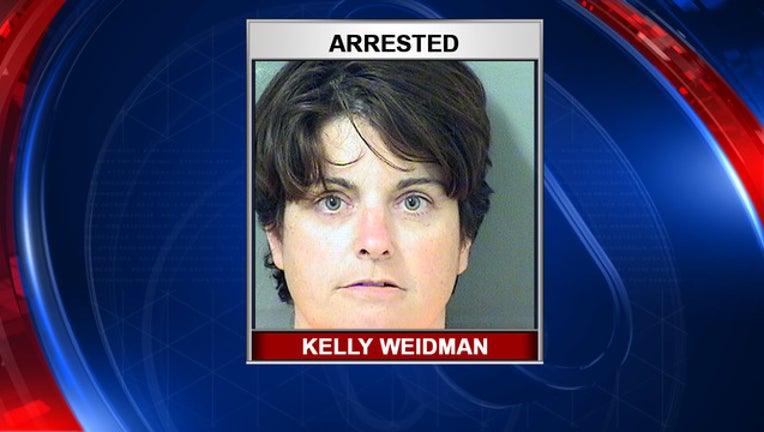 PALM BEACH, Fla. (AP) - A woman is being charged with sneaking onto President Donald Trump's private Mar-a-Lago club shortly before his inauguration and smearing bananas on cars.

Palm Beach, Florida, police say in a report released Monday that 48-year-old Kelly Weidman also typed a profanity about Trump on a Mar-a-Lago computer and moved outside some ballroom balloons a few hours before Trump was sworn-in Friday.

She was confronted by security guards, who called police. She allegedly told officers she wanted to be arrested because no one was paying attention to her claim of being cyber attacked. She was charged with misdemeanor trespassing and released.

Because Trump wasn't at the ritzy club, the Secret Service wasn't involved.

No one answered a phone number listed for Weidman on Monday and court records didn't list an attorney.