"I am going to adjudicate you guilty of the violation at this time," Judge Boehm said.

The morning of May 20, 9-year-old Roman Miller was on his bike, crossing at a crosswalk at Nodosa Street and Webber Drive in Sarasota when a black pickup truck, driven by Lamb, ran him over.

"By the time I had looked back again, Roman was already in front of my vehicle," Lamb told the judge. "I couldn't have seen him."

As the hearing began, Lamb explained to a judge that she would be representing herself, as she couldn't afford a lawyer.

The Florida Highway Patrol used an illustration to show as Roman was crossing, Lamb drove her pickup truck past the stop sign, striking the boy and dragging him approximately 15 feet.

The courtroom also heard from Wyatt Ethan Rodgers, a man who didn't witness the accident, but rushed to help.

"I pulled over and when I approached Roman, his backpack was pushed up, constricting his airway, so I tried to get it off as soon as possible," Rodgers said. "I rolled him over on his side, it seemed he was having trouble breathing, so I did my best."

Rodgers grabbed Roman's bicycle and moved it onto the median while he waited for EMS to arrive.

"Then I went back to him and comforted him until EMS arrived," he said.

The hearing only took about 20 minutes, ending with the judge declaring Lamb guilty of violating the traffic law that requires drivers yield to pedestrians. 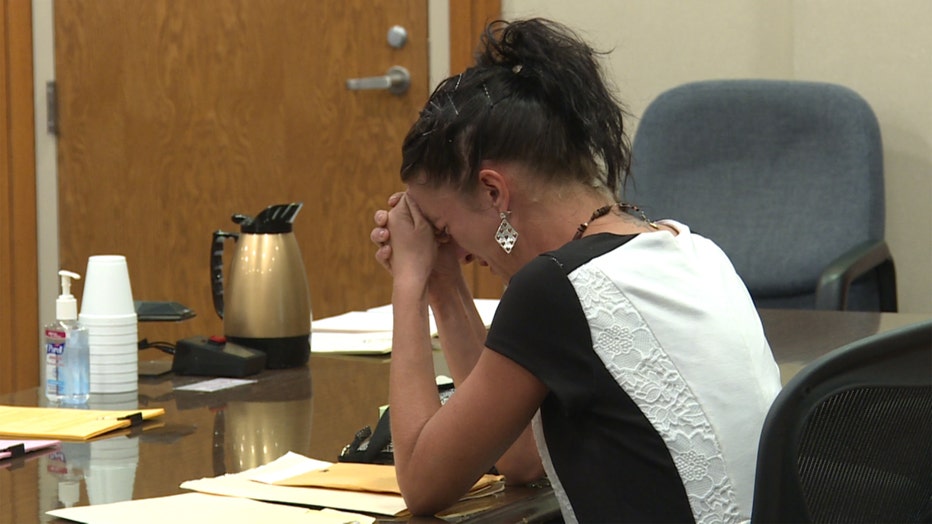 "I'm glad she's guilty. To me, it's not enough. I know it won't bring him back, and I'll never be able to hold him again," she said through tears. "It'll never be enough for me."

Miller's lawyer, Karly Christine says the family will file suit against Lamb, as well as the county to fight for better crosswalks and more crossing guards. They want to make sure no other family goes through the heartbreak they have.

"The world really needed someone like him," Ashley said. "He would have done such amazing things, and he'll never get to now. His presence is always not there, and we feel it every day."

The guilty decision carries a fine of at least $1,000, plus court fees, and 12 hours of mandatory driving classes. Lamb's license will also be revoked for six months.