LAKELAND, Fla. - Cars and trucks zip by the Peace River Bridge on State Road 60 just east of Bartow as Doris Moore-Bailey stands on the bank pondering a gruesome thought.

"Just trying to reflect on what it would have felt like to be incinerated and hung," she tells FOX 13.

She is considering the idea because that’s what happened to Fred Rochelle, a black man, back in 1901 in that very spot.

He was killed by an angry mob because they were convinced that he had killed a white woman who was fishing there.

He is just one of the 20 men known to have been lynched in Polk County.

For Moore-Bailey, it’s not just a lesson of history going brutally wrong. Her interest is personal. Her great-grandfather was lynched in Alabama, but somehow survived. 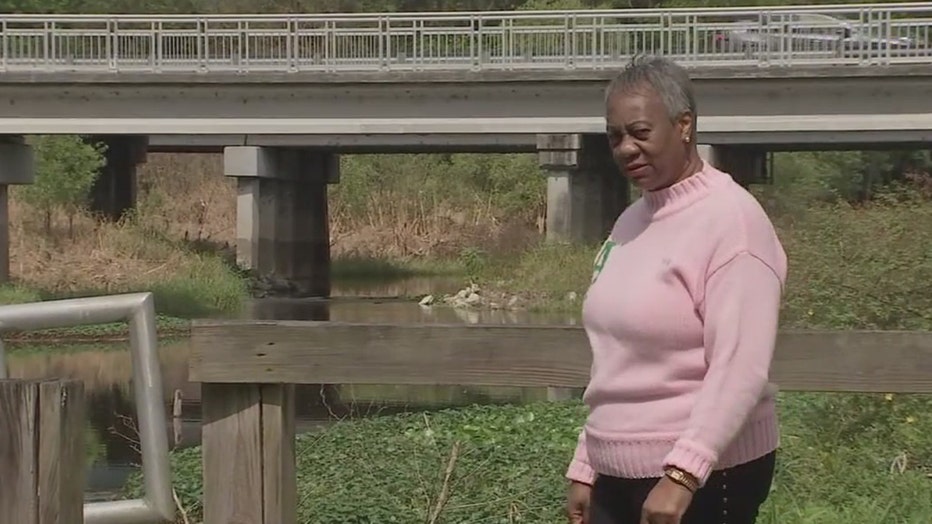 She is now on a mission to find the relatives of people who were lynched in Polk County between 1877 and 1950.

Moore-Bailey wants to take the relatives back to where their loved one was murdered, hold a short ceremony to commemorate their lives, take a shovel of soil from the spot and eventually exhibit it at the African American Historical Museum of Lakeland which is still in development.

Down the line, she wants to raise money to pay for a sign or stone to mark the location.

An estimated 4,400 have been lynched nationwide.

"That lets me know that it was accepted that a black man’s life was expendable," Virginia Cummings Lang, also of the African American Historical Museum of Lakeland, said.

Casey Nichols knows the pain and shock that can cause for generations to come. His great uncle was lynched in a little town known as Pierce in South Polk County in 1958.

"I am just glad that someone is putting in the groundwork who cares enough to let us not forget," he told FOX 13.