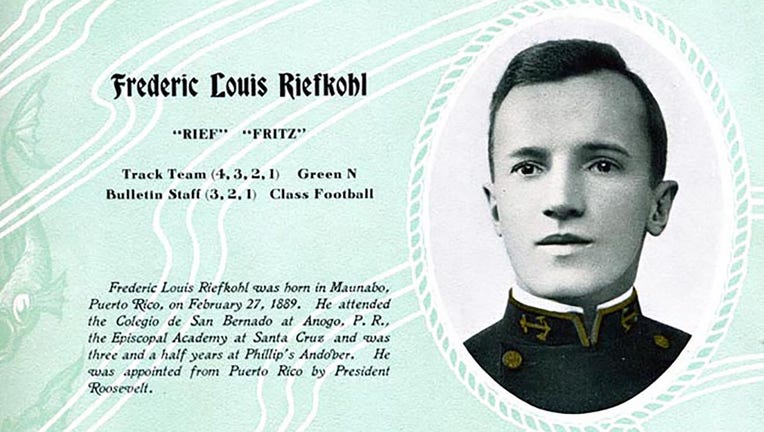 MELBOURNE, Fla. - Frederick Riefkohl was the first Puerto Rican to graduate from the U.S. Naval Academy. A World War I hero who led a successful showdown with a German submarine. And a World War II ship commander who retired as a rear admiral — he even has his own Wikipedia page.

But Riefkohl did not receive the Medal of Honor, America’s highest award for valor in combat, to commemorate his WWI gallantry.

Why? The former Merritt Island, Florida resident may have been unfairly discriminated against by military brass because of his island heritage, a team of Great War researchers says.

Park University officials say this is the first such systematic review of minority veterans of the Great War. Research will continue until 2025, when documentation supporting Medal of Honor nominations will be forwarded to the Department of Defense for possible action, including posthumous awards.

"Obviously, a huge example was Melvin Morris when he was awarded — what was it, 30 years later, 40 years later? — the Medal of Honor for his heroic actions in Vietnam," he said.

Back in September 1969, Morris charged into machine-gun fire and destroyed four enemy bunkers with hand grenades while retrieving the body of a fallen team commander near Chi Lang. He was shot three times in the process, but he survived.

President Barack Obama awarded the Medal of Honor to Morris during a March 2014 ceremony in the East Room of the White House. Morris had previously been bestowed the Distinguished Service Cross, the Army’s second-highest commendation.

In 2015, a life-sized bronze statue of Morris was unveiled at Riverfront Park in Cocoa. The Civilian Military Community Foundation raised funds for the statue.

WATCH: Garbage collector pulls American flag out of trashcan to fold it 'the right way'

The Valor Medals Review Project is studying WWI African American, Asian American, Hispanic American, Jewish American and Native American service members who may have been unfairly denied the Medal of Honor because of their racial or religious background.

To qualify for the review, WWI minority veterans must have received the Army’s Distinguished Service Cross or Navy Cross, which rank one level below the Medal of Honor; the Croix de Guerre avec Palme, France’s highest award for valor; or an archivally documented Medal of Honor recommendation.

"Minority veterans who exhibited the highest acts of valor during WWI deserve to be recognized with the Medal of Honor," Sen. Roy Blunt, R-Missouri, said in a 2019 news release announcing the review.

"We cannot erase the discrimination minority service members faced, but we can make sure their heroic deeds are acknowledged and honored," said Blunt, who co-sponsored the bill with Sen. Chris Van Hollen, D-Maryland.

Fond of adventure, weakness for jolly

Unlike most of the minority troops in the Valor Medals Review Project, Weber said Riefkohl is relatively famous.

Born in 1889 in Maunabo, Puerto Rico, Riefkohl became the first Puerto Rican to graduate from the Naval Academy in 1911. 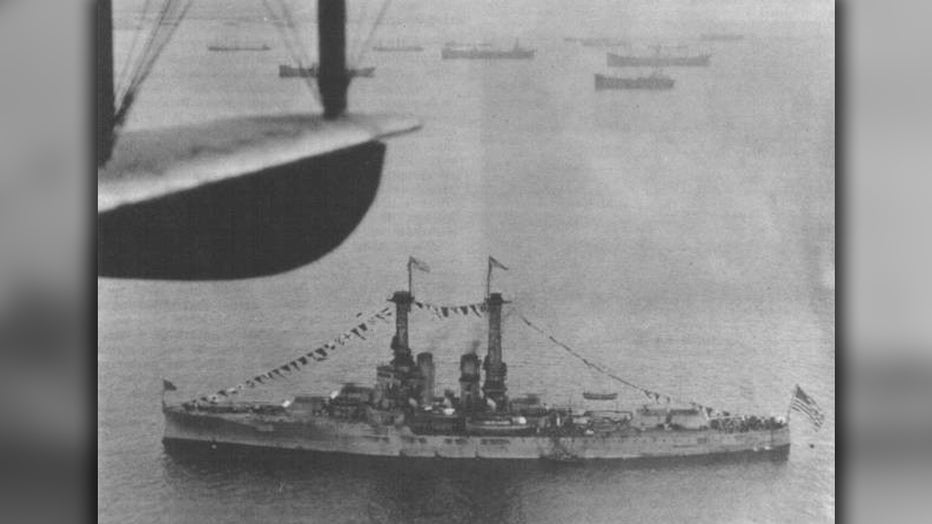 Aerial photo taken in 1921 of the USS Florida battleship, one of the ships Riefkohl served aboard during his service. (Photo: Naval History and Heritage Command)

"Fritz is from Puerto Rico and Boston, but his ideas and accomplishments are not confined even to these limits," said an entry in Lucky Bag, the Naval Academy yearbook.

"He has the Southerner’s fighting blood, held in check by New England conservatism, the Westerner’s fondness of adventure, and the American college man’s weakness for all that’s jolly," the entry said.

After WWI, he served aboard an array of ships and held a variety of posts. He was commanding the cruiser USS Vincennes when she was sunk by Japanese naval forces during the 1942 Battle of Savo Island in World War II. 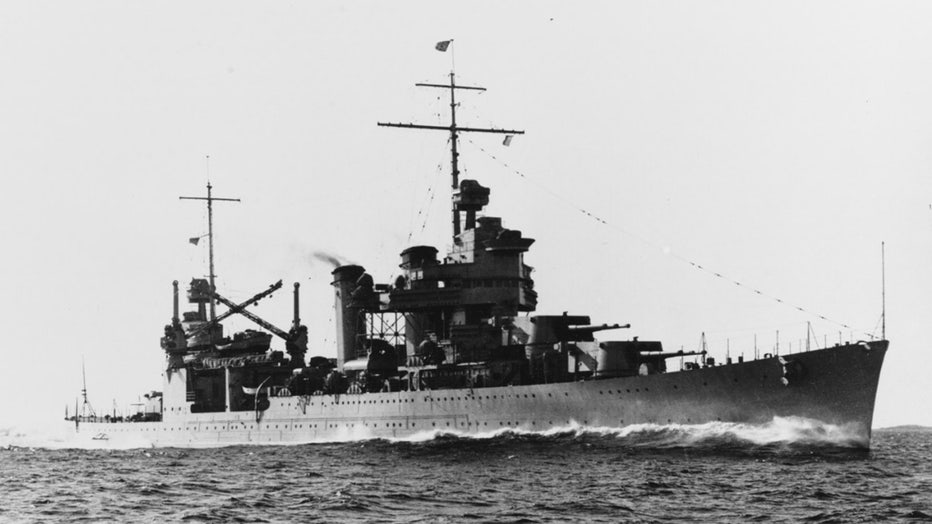 Photo of USS Vincennes taken in 1937. Riefkohl was commanding the ship when she was sunk by the Japanese navy in 1942. (Photo: Naval History and Heritage Command)

Riefkohl retired from the Navy as a rear admiral, then moved to southern Merritt Island in 1947 with his wife, Louise, to spend their golden years.

The Cocoa Tribune reported that the couple purchased a grove of mango, avocado and citrus fruit trees, then built a beautiful estate there off South Tropical Trail. Their home was filled with furnishings gathered from around the globe during his Naval career. He also served as an officer with the Indian River Yacht Club.

Riefkohl died in September 1969 at age 80 at Patrick Air Force Base Hospital. He did not have any biological children, Weber said.

A breakdown of the 214 WWI troops qualified for review by the Valor Medals Review Project from the Army, Army Air Corps, Marine Corps, Navy and Navy Air Corps:

George S. Robb, a 1912 Park University graduate and namesake of its WWI research center, was a white U.S. Army first lieutenant who led the 369th Infantry Regiment during the Great War. Nicknamed the Harlem Hellfighters and the Harlem Rattlers, this Black regiment was comprised of New York Army National Guardsmen from Harlem.

Butler rescued five captured American troops in August 1918 by counter-attacking a group of 25 Germans, killing four of them, near Maison-de-Champagne, France.

Butler is now one of the 214 WWI troops up for review.

"America has a sacred bond with those who swore to defend her, and there is no more powerful manifestation of that covenant than the Medal of Honor," the Valor Medals Review Project website says.

"The gravity of these awards means their rarity must be jealously safeguarded; they can never be allowed to be diluted in the name of making a political point," the website says.

"Every hero from the Great War whose deeds warrant the award receives it, regardless of the circumstances of their birth or the color of skin."