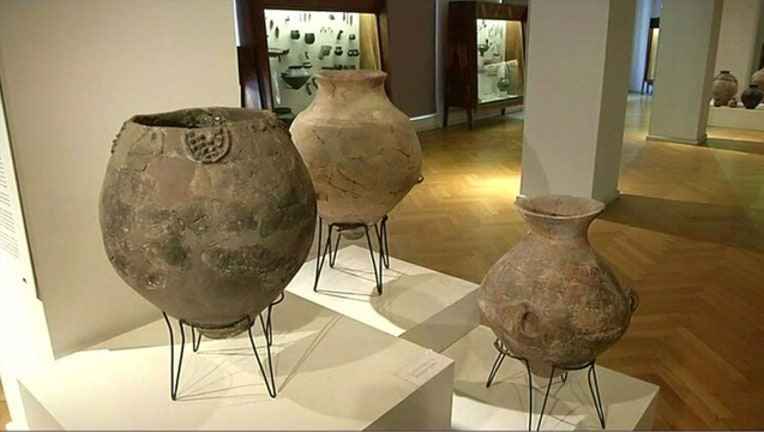 GEORGIA (FOX 13) - The history of wine-lovers dates back to thousands of years ago.

Archaeologists recently announced a new discovery after uncovering evidence that humans have been savoring the fruit of the vine hundreds of years longer than previously thought. Wine remnants were found in giant, 8,000-year-old jars in the nation of Georgia. Samples and fragments from those jars were sent for examination in a Philadelphia lab, which established traces of wine were found.

The discovery could mean Georgia, with its fertile valleys located between Europe and the Middle East, is the birthplace wine, and home to the first humans to conquer the Eurasian grape used in nearly all wine on Earth.

The ancient wine jars are now on display at Georgian National Museum. Until now, the oldest wine-making evidence came from pottery in Iran, dating back to 5400 to 5000 B.C. However, China remains home to the earliest known fermented beverage, which dates back to 7000 B.C. The Chinese drink is believed to have been a rice cocktail, consisting of some wild grapes.

However, the findings in Georgia was pure grape wine linked to the reds and whites enjoyed today.