TAMPA, Fla. - Troopers say a 25-year-old man was driving in the wrong direction on Interstate 275 when he crashed into a semi-truck.

The collision occurred after 3 a.m. in the southbound lanes near Bearss Avenue, with debris scattered in the northbound lanes. According to the Florida Highway Patrol, both drivers tried to steer away from the other, but both collided nearly head-on.

The tractor-trailer, which was carrying a load of apple cider, traveled into the median and crashed into a barrier wall. Then, troopers said, it caught fire. 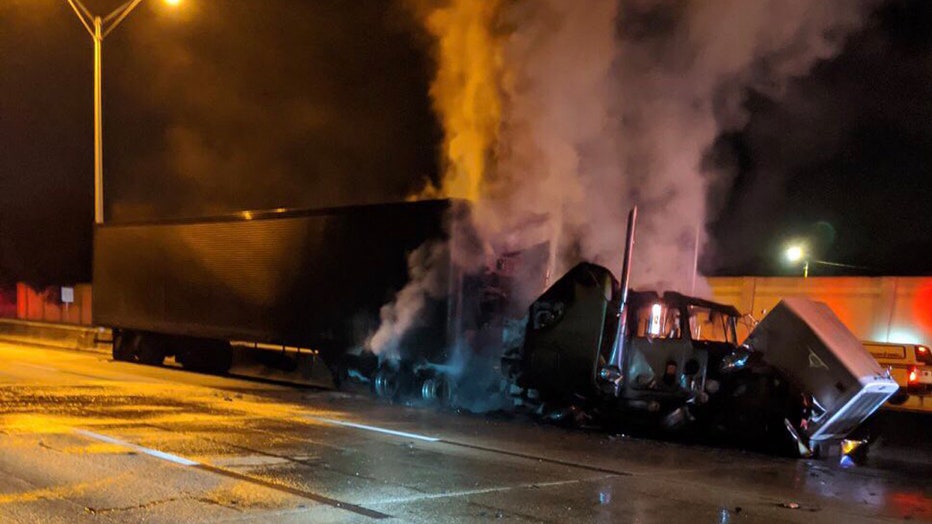 Images shared by FHP show there were flames and smoke billowing from the semi-truck after the crash. The sedan involved was severely damaged and mangled.

The 25-year-old driver had serious injuries. The tractor-trailer driver, a 47-year-old man had minor injuries. 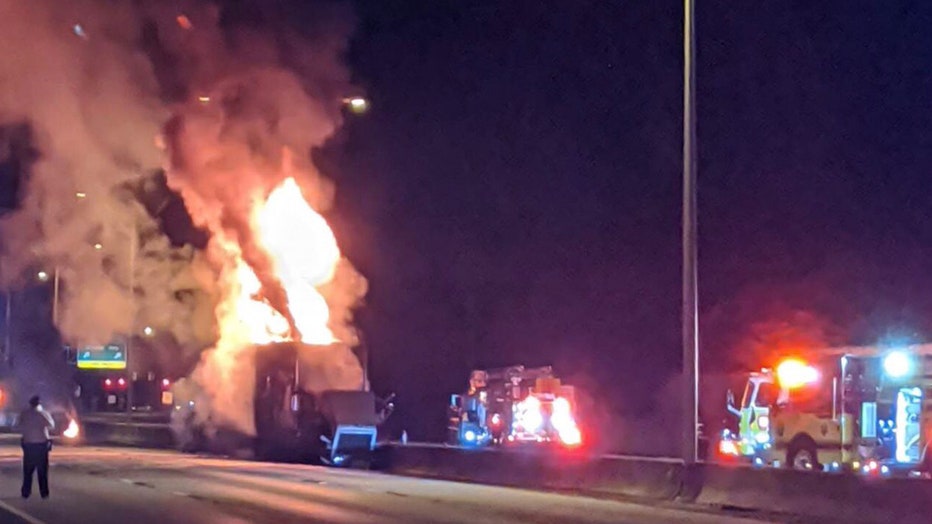 The events leading up to the crash remain under investigation. Troopers said they believe the wrong-way driver entered the highway in the wrong direction from Fletcher Avenue, and impairment is not a factor.

This story is developing.