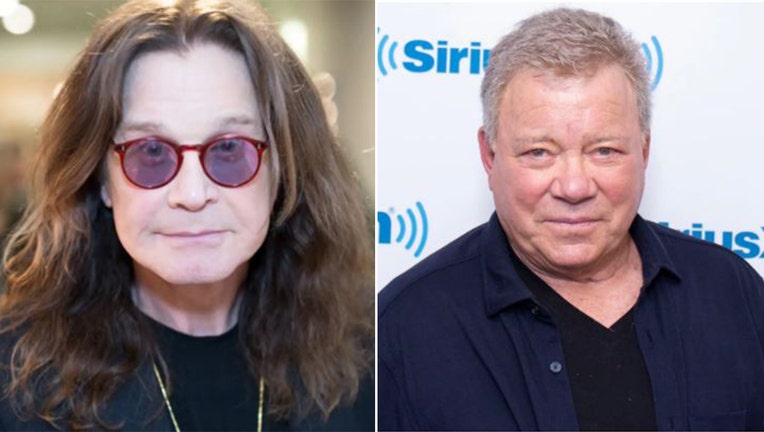 Rock icon Ozzy Osbourne and actor William Shatner have joined several athletes, including Nikki and Brie Bella, Jushin Liger, The nWo, Davey Boy Smith and JBL, in being inducted to the Hall of Fame, according to tweets from the organization.

The ceremony was recorded last week and while Osbourne, 72, was not present, he submitted a video message for the show, which aired Tuesday.

His induction doesn't exactly come as a surprise, according to the Wrestling Observer (WO), as the rocker was seen in a commercial for the Hall of Fame that recently aired.

Osbourne has been a friend of the WWE for years, notably appearing at "WrestleMania 2" when The British Bulldogs beat Brutus Beefcake and Greg Valentine in the WWF Tag Team Championship with co-management by the musician and Captain Lou Albano in 1986, per WO.

According to Rolling Stone, Shatner guest-hosted "Raw" twice in 1995 and again in 2010.

He also inducted Jerry "The King" Lawler into the WWE Hall of Fame in 2007.

Additionally, the outlet reports that the 90-year-old actor narrated a 10-part documentary called "WWE Breaking Ground" for the network back in 2015.

The pair of stars is an interesting one, as Shatner previously recorded a cover of Osbourne's Black Sabbath hit "Iron Man."

According to Rolling Stone, the tongue-in-cheek cover ran about a half-minute longer than the original version and featured guitar from Zakk Wylde, a collaborator of Osbourne's, and bass from Mike Inez, who was a member of the rocker's band.