TAMPA, Fla. - The WWE and Hillsborough County appear to be engaged in a standoff about the status of WrestleMania 36, as events and mass gatherings across the country are being canceled to avoid the spread of COVID-19.

"I’m hoping that Vince McMahon and WrestleMania and WWE make the call themselves but a week from now, if they've not done that and we’re still in the situation we're in, we'll probably have to pull the plug on that," said Hillsborough County Commissioner Les Miller.

But in a statement, the WWE stood firm.

"While we remain committed to hosting WrestleMania at Raymond James Stadium on Sunday, April 5, we are putting contingency plans in place in the event that it is canceled by government officials, civil authorities and/or local venues," the WWE said, in part. 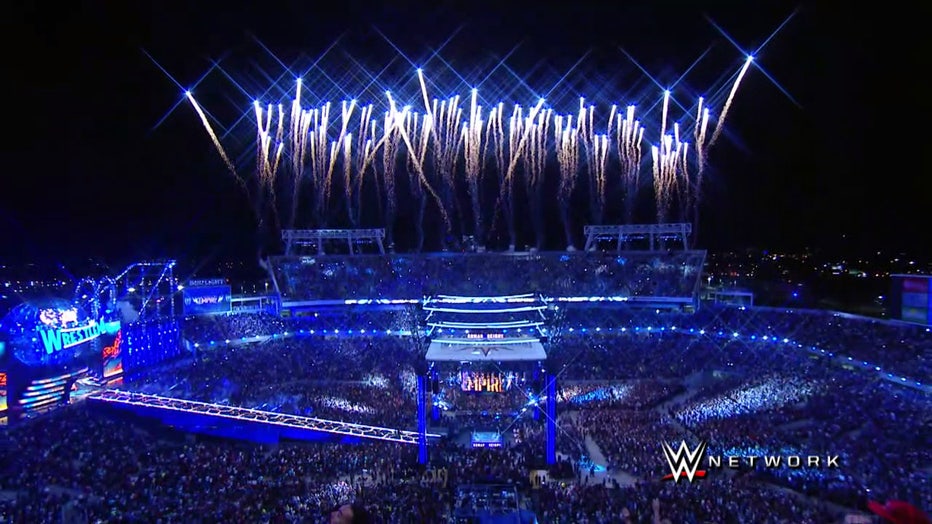 "I commend every sports franchise for erring on the side of caution. I hope the WWE follows suit. I don’t ever want to see people put profit over public safety," Chronister said.

Make no mistake, calling off WrestleMania would put more than $150 million of economic impact in jeopardy, according to numbers from the WWE. The show is the Super Bowl of wrestling; a global event that attracts fans from all 50 states and nearly 70 countries.

PREVIOUS: No decision yet on cancellation of WrestleMania 36 in Tampa

"With COVID-19, the issue with it is the ease with which it’s transmitted, so bringing groups of people is the last thing we can do," Mayor Castor said.

Local officials say they’ll likely make a decision in a week if the WWE doesn’t.

Friday night’s "Smackdown" episode will air from the WWE Performance Center in Orlando, rather than in Detroit as originally planned.

If you feel sick

The Florida Department of Health has opened a COVID-19 Call Center at 1-866-779-6121. Agents will answer questions Monday through Friday, 8 a.m. to 5 p.m. Questions may also be emailed to covid-19@flhealth.gov. Email responses will be sent during call center hours.

Map of all known COVID-19 cases