TAMPA, Fla. - Inside an isolated building at ZooTampa, a team is helping Puerto Rico’s only native toad bounce back from the edge of extinction.

"These guys are a threatened or endangered species in Puerto Rico due to habitat loss, climate change, and invasive species," explained ZooTampa's associate curator of reptiles and aquatics, Dan Costell.

Scientists estimate fewer than 3,000 adult Puerto Rican crested toads remain in the wild on the island. The amphibians are an essential part of the ecosystem.

"These toads eat a lot of pests, they’ll eat a lot of the mosquitos and the bugs and even some of the scorpions as they get bigger and bigger things as they grow," Costell said. 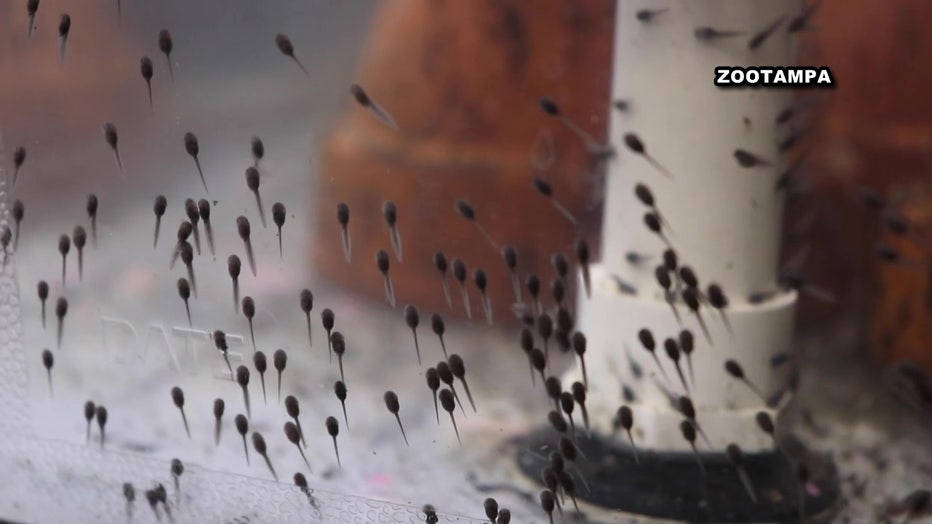 ZooTampa is part of the Puerto Rican Crested Toad Conservancy, one of 18 facilities in the U.S. and Canada with a breeding population of crested toads. It is a months-long process that takes precise temperature control, a simulated rainy season, recordings of mating calls, and hormone injections.

"The next morning you end up with thousands of eggs, and the tadpoles hatch within 48 hours of being laid," said Costell.

The goal is to send those tadpoles back to Puerto Rico to be released in protected managed ponds. 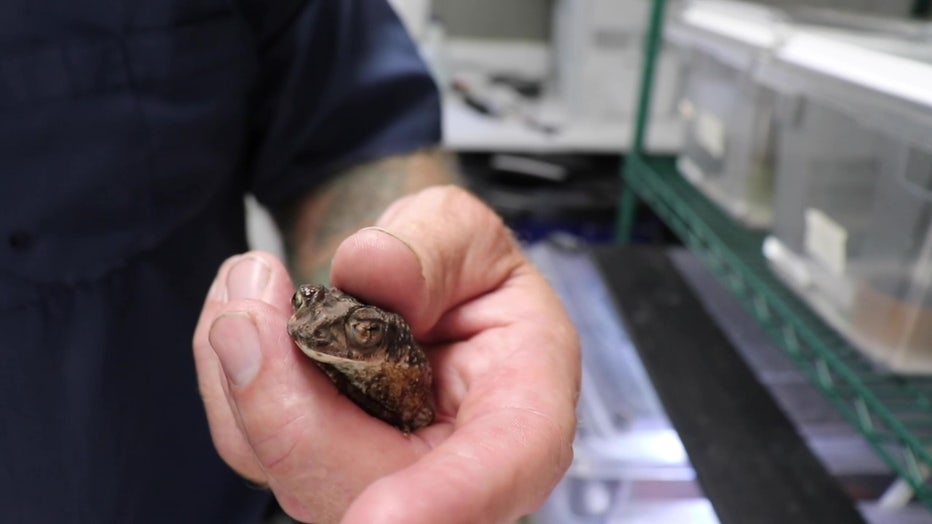 This year, ZooTampa shipped nearly 3,500 tadpoles from one breeding pair, a record for the facility. The baby toads are bagged with oxygen and packed in a protected Styrofoam container. The live animal delivery lands on the island at the same time as tadpoles bred at other zoos.

"The wild’s a rough life, that’s why we want to send out as many as possible," Costell said. "You got a 50-50 chance in the wild, there’s predators out there that will eat you when you’re small, if you’re lucky you’ll make it to adulthood." 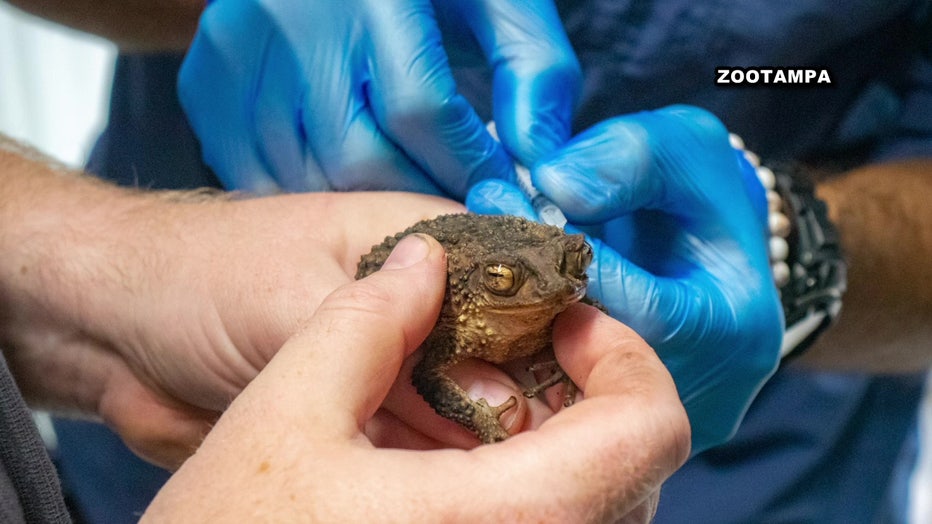 In fact, most of the crested toad tadpoles do not make it that far.  Over the last 29-years, more than 300,000 have been reintroduced to the wild.  Critical work giving the species a chance at survival.

"It makes me feel great, I mean, got into this business a long time ago hoping to be able to do things like this," added Costell.