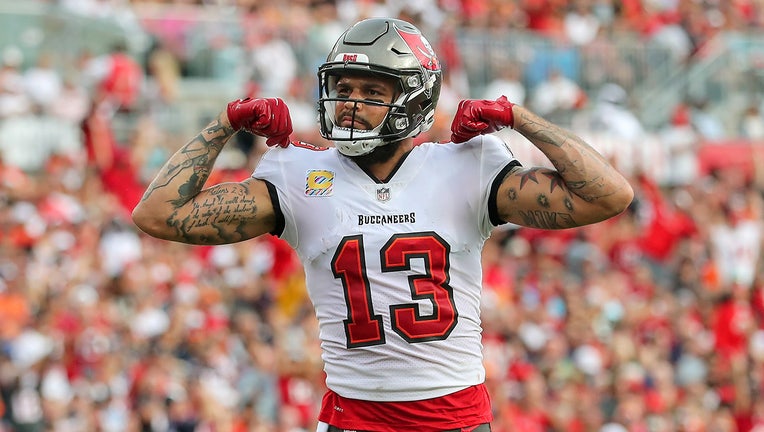 TAMPA, Fla. - Whatever hopes the Chicago Bears had of upsetting the Tampa Bay Buccaneers for the second straight season were long gone before the first quarter ended.

Poor protection for rookie quarterback Justin Fields, defensive breakdowns and turnovers contributed to the Bears (3-4) falling behind by three touchdowns before the opening 15 minutes had elapsed in Sunday’s 38-3 loss to the Super Bowl champions.

"I don’t care who you are, when you get behind like that against Tom Brady and that offense, and that defense when they pin their ears back, that’s not easy," Bears coach Matt Nagy said.

The loss demonstrated how far away the Bears are from matching up with the defending champs. It also made last season’s 20-19 win over Tampa Bay in Chicago seem like a distant memory.

Fields went 22 for 32 for 184 yards and three interceptions. He fumbled three times, losing two, against the potent Tampa Bay defense.

In seven games and five starts, Fields has two touchdown passes and six interceptions, and has been sacked 22 times.

"Justin is as hard on himself as anybody," Nagy said. "So, he wears this emotions on his sleeve. He wants to be great, and that’s what we love about him. Early on, it’s just important with a young rookie quarterback, it’s great to get off to a fast start and get some confidence and momentum going. We didn’t go that today."

The teams lined up on the wrong sides before the opening kickoff, and things only got worse for the Bears. They went three-and-out on their first possession, and after getting a 43-yard punt return by Jaelon Darden, Tampa Bay needed two plays to take a 7-0 lead.

Midway through the quarter, Fields threw an interception that set up Brady’s 4-yard TD pass to Chris Godwin.

A sack and fumble on Chicago’s next possession led to Brady’s 600th TD pass that made it 21-0.

The game essentially was over at that point.

Chicago. which entered ranked 32nd on offense and seventh defensively, was outgained 408 yards to 311. One standout for the Bears was rookie Khalil Herbert, who gained a career-high 100 yards on 18 carries. He had 97 yards and his first career touchdown last week against Green Bay.

Fields said one of the keys to rebounding from the blowout will be not dwelling on losing.

"Just having that mindset where nothing can break you," Fields said. "Bend, but don’t break."