TAMPA, Fla. - Next week, student-athletes across Hillsborough County will be allowed out of quarantine and back on the practice fields. Every county has different return dates, but all will be cleared to return by July 1.

This year, football players face a lot of changes, particularly at the oldest high school in the county, Hillsborough High, where head football coach Earl Garcia is preparing for his 47th year in coaching. In all his years, he's never had to face so many challenges.

"There's no home base on this one," Garcia told FOX 13 Sports. "We're kind of making it up as we go along. We have more questions than we have answers. We've Zoomed our players four days a week. We've had Zoom team meetings. We've had Zoom offensive, special teams, and defensive meetings."

Coach Garcia has given up on his Zoom meetings with his players and coaches. He's ready to get reacquainted face-to-face with his team on June 15, but it won't be in the Terrier's Field House. That's one place that's off-limits. It's the start of a long list of new protocols. 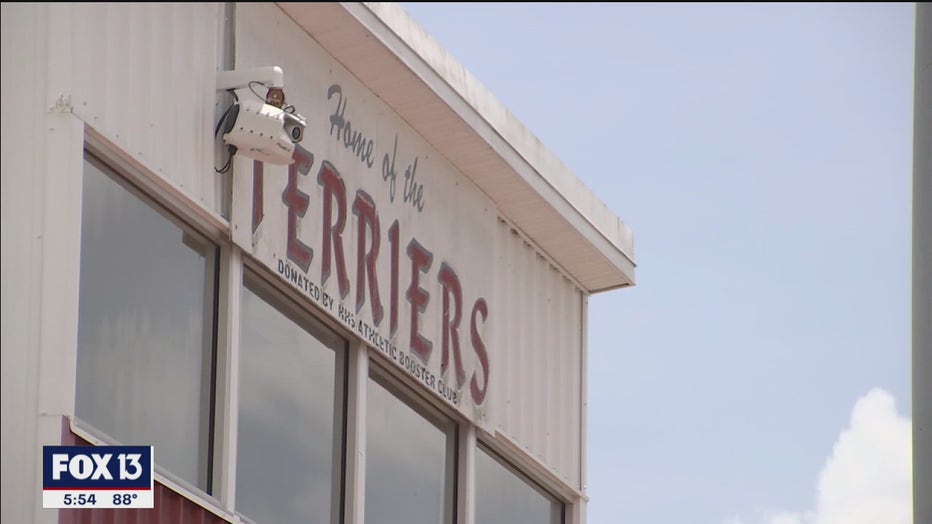 "Small groups, keep social distancing as much as practical, can't go to the water fountain, can't have a common water fountain or a water cow,"  Garcia explained. "We have to make sure we keep good records so that we know, God forbid, one of the kids comes up positive, we know who he's been with."

But the biggest change at Hillsborough High School is actually with their football field. It was just dirt at the end of the season. Now it's being transformed with state-of-the-art artificial turf.

"The whole project is just a tip over $2 million," said Garcia. "That's hard for any school to raise and our school district came through. I'm like in a candy store. My son used to say, 'Dad they're going to bury you on the 50,' Well it's plastic grass. So they'll have to bury me somewhere outside I guess."

The field will be completed in time for the start of the season, if the season can start on time.

"I would rather wait until January to have football without restrictions than not to be able to include our band and our student body," said Garcia. "That's so much of a fabric of Hillsborough and so many high schools in America."