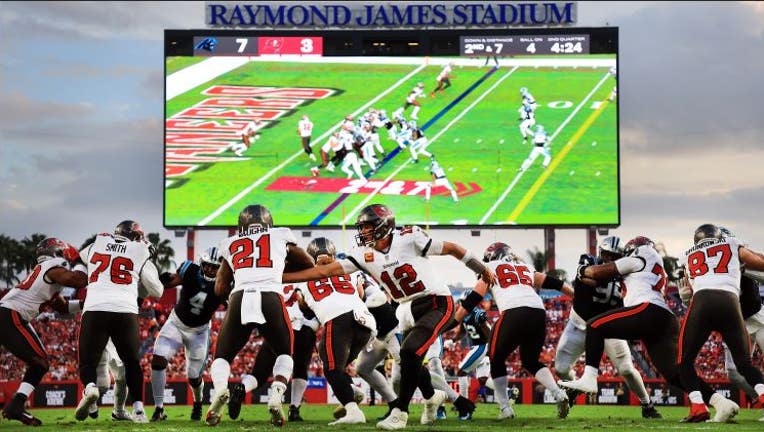 TAMPA, Fla. - 2021 is over, that's the message Bruce Arians delivered to his Bucs when they arrive for their first playoff practice. It's a whole new season and the Bucs need to step up their game.

"Make sure we are prepared," stated Rob Gronkowski. "We have to go out there and we have to have good practices. We have to make sure we are doing our assignments. It's basically get focused and know your plays inside and out."

The Bucs need to be ready for the Eagles. They're not the team that the Bucs jumped out to a 28-7 lead against in October and held on to beat. Excluding week 18, when they rested starters, the Eagles have been climbing, going 7-2 before the season finale.

"Oh yeah, totally different – playing with a ton of confidence, won a bunch of ball games since we played them," said Arians. "Once you get in the playoffs, anything can happen, so they're going to be fired up. They've got a ton of weapons and they look pretty healthy. So, yeah, it's a totally different football team than we played back there in October."

It's on the ground where the Eagles are dangerous. The Eagles are one of the best at running the football, which was once a Bucs defensive strength that they need to get back to.

"The way to get back to it is just to go ahead and follow our keys – stay with our fundamentals and pursue and swarm to the ball, said Will Gholston. "I think that’s the only thing we can do better is to swarm to the ball and attack more. Everything will go into [place]."

Sunday will be the Bucs first playoff game in Raymond James Stadium in 14 years. Unlike last year, the Bucs will have at least have the home-field advantage for the first two rounds and they want it to be and expect it to be a huge factor.

"You know the first home playoff game (for Buc), since probably I was middle school," shared Mike Evans. "I don't even know what year it was (2007). I was probably younger than that. Last year the Super Bowl was here, but that really doesn't count. They didn't have all the Bucs stuff (signage) in the stadium. I'm really excited. We've been waiting a long time for this and hopefully, we can put on a great showing."