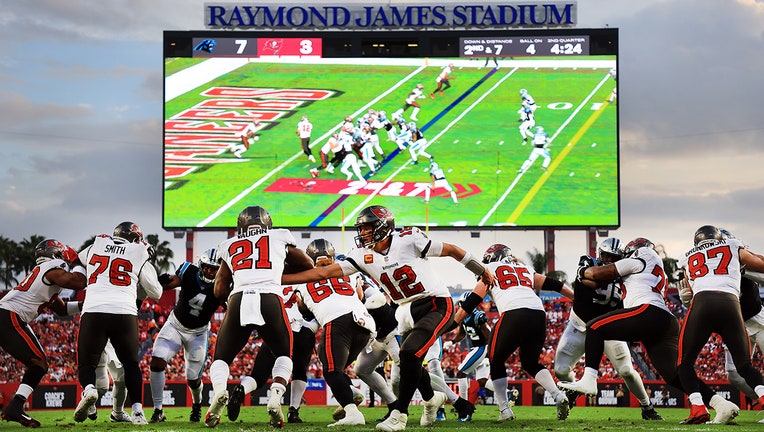 Tampa - Until the final two minutes of the first half, the Tampa Bay Bucs offense couldn't get out of first gear.

They had generated just 48 yards and were 0-4 on 3rd downs. When facing third down and 10 from their own 8-yard line, Tom Brady ignited the Bucs offense with a 37-yard strike to Mike Evans. Five plays and later the Bucs finish a 92-yard drive with their first touchdown and lead in the game. The Bucs know they can't afford a repeat slump in the playoffs.

"The first couple drives were pretty crappy, no doubt about that," said Rob Gronkowski. "We can’t have that going forward. Every game from here on out is do-or-die, it’s going to be the playoffs. That’s going to hurt us big time if we go out there, and we have three drives for 20 yards in the playoffs."

"We got to clean that up, big time," he added, "and I would say we just woke up as an offense and started firing, hitting open guys, getting the run game going. We were just flat in the first three possessions, and we can’t have that happen if we’re going to win in the playoffs."

The league's top passing attack came alive after that finishing with 410 yards and putting 41 points on the board. The Bucs had control of the game, which opened the door for individual accolades.

First, Rob Gronkowski cashed in scoring a half-a-million bonus for reaching 650 yards in a season. Then another half million for 55 receptions.

"It was really nice to get it," said Gronkowski. "First off, the most important thing is obviously getting the win, but hitting incentives is cool. The Buccaneers are a great organization and putting me in a position to where I can hit those incentives is awesome. I love playing here, love playing for this organization. It’s cool to hit those."

"I think everyone is happy for those guys because they’ve had incredible years, and they’ve just been incredible contributors to what we’re trying to accomplish -- great teammates that just come to work every day, just working their tail off," said Tom Brady.

Evans stretches his NFL record for 8 straight 1,000 yard seasons and sets a new franchise record with his 14th touchdown of the season. Which is he most proud of?

"That’s a good question," said Evans. "I like both. I’ll take the history though - the NFL history. Eight straight 1,000-yard seasons to start a career that’s one of one. You know, I’m happy to extend that this year, and hopefully I can do it next year."

Brady broke his all-time record for yards in a season, going over 5,000. He joins Drew Brees as they are the only two quarterbacks to do it twice.

The Bucs achieved just about every goal they came to the stadium to hit. Notably earning the 2nd seed in the NFC, which potentially gives them two home playoffs games. But as Tom Brady pointed out there won't be two homes games if they don't take care of business next Sunday at 1 p.m. against the Philadelphia Eagles.