"What they do and what we do is like child’s play," said Bowles. "We’re out there coaching and having fun, and they’re out protecting the country and taking bullets."

In addition, 50 active service military members competed in a Salute to Service Boot Camp being taken through the same drills the Bucs go through.

"Just being able to be around football, there's not many opportunities like it," said United States Air Force Second Lieutenant James Jones. 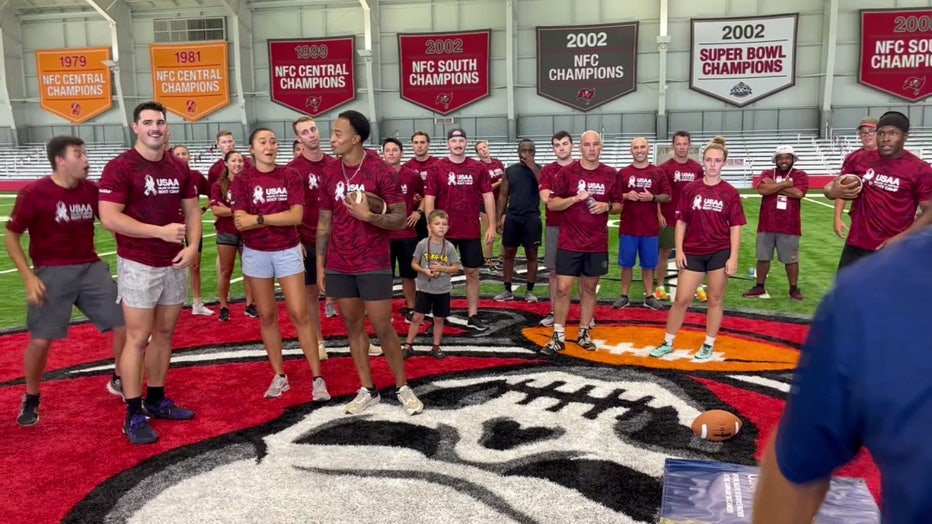 Lieutenant Jones, especially, had been waiting to get on the field. He put up some head-turning numbers at the boot camp, running a 4.41 in the 40-yard dash.

That speed comes from four years as a defensive back at the Air Force Academy.

"Football is just something I've done since I was little," said Jones.

After graduating from the Air Force Academy, Jones earned an invitation to the Miami Dolphin’s rookie mini camp where he decided that after his service to his country is over, he’d like to serve an NFL team.

"I think it's one of those things that makes the unit tighter, understanding that everyone has dreams and passions and is able to serve and chase those at the same time," Jones said.

For now, however, Jones said he’s enjoying his time at MacDill Air Force Base and appreciates the "off day" with the Bucs.