TAMPA, Fla. - Tampa Bay Buccaneers training camp is all about sharpening skills and getting players on the same page. Tom Brady, uncharacteristically didn't look like or even sound like himself. At times, he was short on passes and responses during his first media session.

"Looks like training camp," said Brady. "Some days are good, some days are not so good – just have to keep improving."

After each incompletion, Brady made sure to go over the route with every player. On the field, Brady is like an extra coach and perfectionist with a meticulous work ethic.

"It's extremely important, not just Tom, but we've got experienced receivers," said Bucs Head Coach Todd Bowles. "They can come back and tell Tom some things about what they see and how to adjust some routes, and they get on the same page, and they can make some things happen that way. Having him plus the overall experience of [Russell] Gage, Julio [Jones], Mike [Evans] and Chris [Godwin], obviously, getting on the same page is going to work wonders for us." 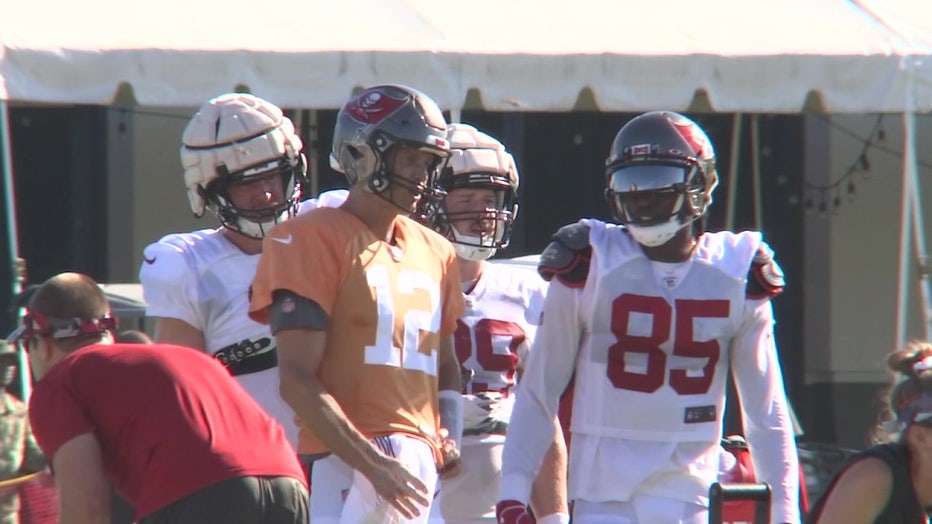 Both Julio Jones and Kyle Rudolph said that Brady was the reason they signed with the Bucs. They believe Brady gives them the best chance to win their first Super Bowl, but Brady doesn't want to take the credit as the guy that has drawn so many players to One Buc Place.

"Guys choose this team because of the team, not because of me," said Brady. "We have a great organization, great teammates and I think people are excited to come join a great group of people and great group of men. It’s never about one person – it has never been what this sport has been about. It’s the ultimate team sport, and I love playing with players that our professional, players that want to work hard and players that put the team first."

READ: Tom Brady to join FOX Sports as lead analyst once playing career is over

"As long as we keep him upright, and he's walking, that's a great birthday," said Bowles. "What do you give the guy that has everything, right?"