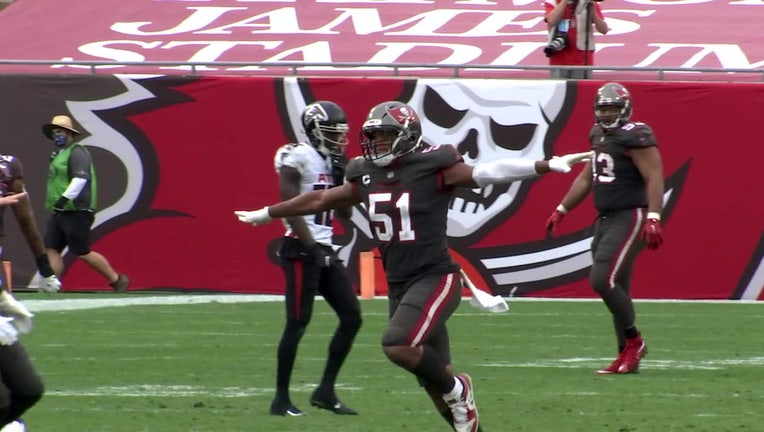 TAMPA, Fla. - It's a wildcard matchup of two contrasting styles. The Buccaneers will bring to Washington the most explosive offense in franchise history to go against the NFL's second-most stingiest defense against passing attacks.

"They’re a really good defense and they’re playing really, really [well] right now," said Chris Godwin. "They have a really talented front seven and they really get after the quarterback, so I think as an offense, it’s going to be our job to make sure we control them. Make sure we’re on our Ps and Qs with protection and make sure our routes are on point. If you allow them to really get after your quarterback and disrupt the game, they’ll really do that."

If Tom Brady has time, Washington had better watch out. No offense has been better than Brady and his bunch in the last quarter of the season. Over the final four games, Brady has completed 69.1% of his passes for 1,333 yards and 12 touchdowns, with one interception that was tipped to the defender.

Bruce Arians believes the offense is clicking because Brady is finally visualizing the plays in his head when they're called, something that didn't develop until November.

"I definitely feel he's a lot more confident now," continued Godwin. "I think he's a lot more comfortable with understanding where we are all going to be. It's the same vice-versa. We have a better understanding of where he wants us to be. It's just that trial and error over the season has really helped us. I've got our growing pains and we've learned from them and we are now much, much better for it." 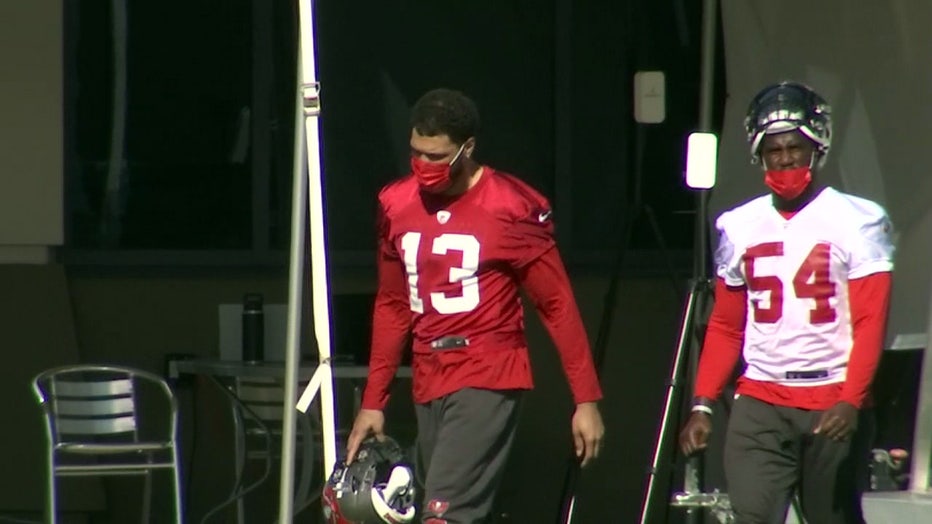 An injured Mike Evans joined the team for a walkthrough practice Tuesday.

Washington hasn't allowed more than 20 points in their last seven games and while the Bucs’ defense isn't going against Washington's defense, Lavonte David says they have to be better.

"We always talk about we have to outplay the other team’s defense," he said. "Once we do that, our team should be sitting pretty well at the end of the football game."