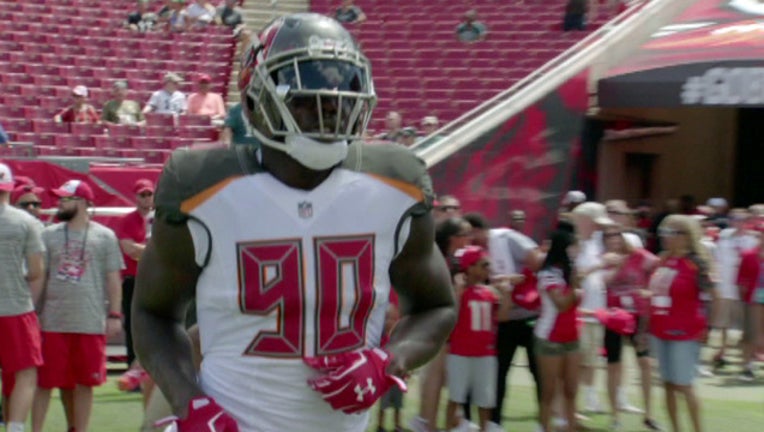 The 10th-year pro suffered a neck fracture in a single-car crash near his home in South Florida on May 2 and his status for the upcoming season remains uncertain.

The Bucs said Wednesday that Pierre-Paul, who had 12 1/2 sacks last year after being obtained from the New York Giants in an offseason trade, will count toward the 90-player roster limit in training camp and be eligible to be activated any time before the squad is trimmed to 53.

Pierre-Paul, who was not cited in the crash, is coming of the most productive season he's had since suffering a serious hand injury in a July 4 fireworks in 2015. He was the first Tampa Bay player to have 10 or more sacks since Simeon Rice in 2005.