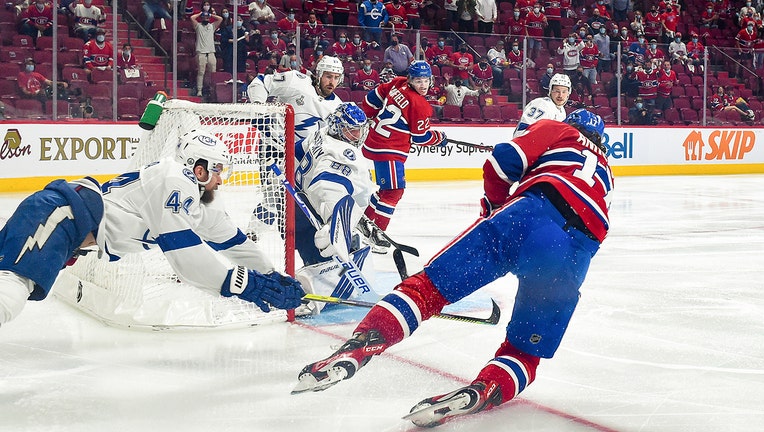 MONTREAL, QUEBEC - JULY 05: Josh Anderson #17 of the Montreal Canadiens scores the game-winning goal past Andrei Vasilevskiy #88 of the Tampa Bay Lightning to give his team the 3-2 win during the first overtime period in Game Four of the 2021 NHL Sta

MONTREAL - Josh Anderson jumped back into the play, and the Montreal Canadiens killed Tampa Bay's chance for a Stanley Cup sweep.

Anderson scored his second goal 3:57 into overtime, and the Canadiens avoided elimination by defeating the defending champion Lightning 3-2 in Game 4 on Monday night.

The series shifts to Tampa Bay for Game 5 on Wednesday night.

Pat Maroon and Barclay Goodrow scored for the Lightning, who are attempting to become the NHL’s second team to win consecutive championships in the salary-cap era, which began in 2005. The Pittsburgh Penguins accomplished the feat with titles in 2016 and 2017.