TAMPA, Fla. - There's no way to quantify a person's fanhood, but if there was, Jimmy Fisher would score very high. His Buccaneers memorabilia collection is modest compared to others.

"Really, the main piece I have is the Antoine Winfield (photo of him throwing up the peace sign to Tyreek Hill in Super Bowl LV)" Fisher said. "He's my favorite player."

However, this year Fisher was able to check off a bucket list item that most fans can only dream of, going to all 17 Bucs games.

"It was actually hard to believe until I completed it last week," Fisher shared. "As soon as (Southwest) released their flight schedules for all the games through January, I bought all the tickets back in September. It was pretty awesome."

Fisher made it a point to wear a different outfit for each game. 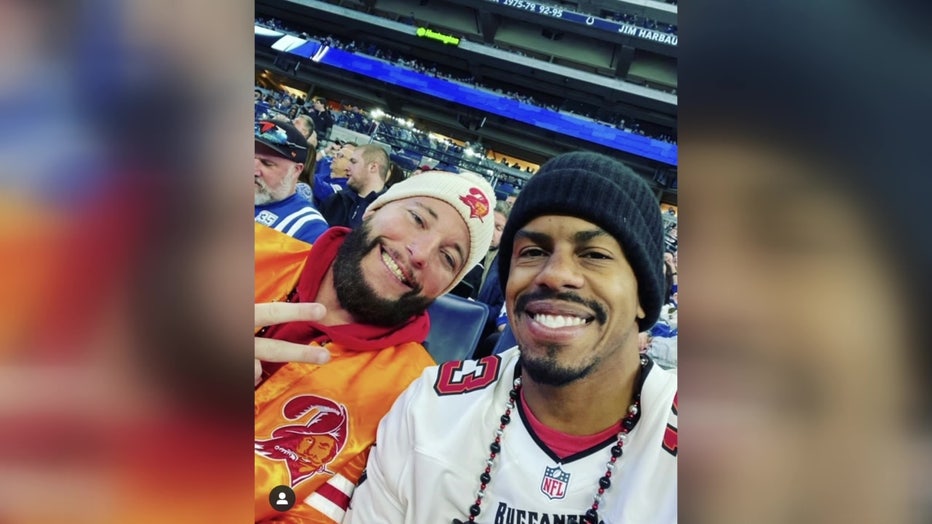 "That was another part that was one of the best experiences was having a different outfit for every game," Fisher stated. "(My favorite was) probably the pirate costume that I wore to the saints game ... on Halloween."

Between tickets, rideshare, and airfare Fisher estimates the entire season cost him $18,000.

Bucs fans were lined up before sunrise to get free gear at Raymond James before they cheer for Tampa Bay during Sunday's playoff game.

RELATED: Hundreds of Bucs fans waited for hours to get free gear before first playoff game

"Luckily, I have a good job," said Fisher, who works as a cyber-planner for the government. "Also, I have a very understanding boss who allows me to take the time off. Probably most important though is I have a girlfriend who understands and kind of shares my obsession. " 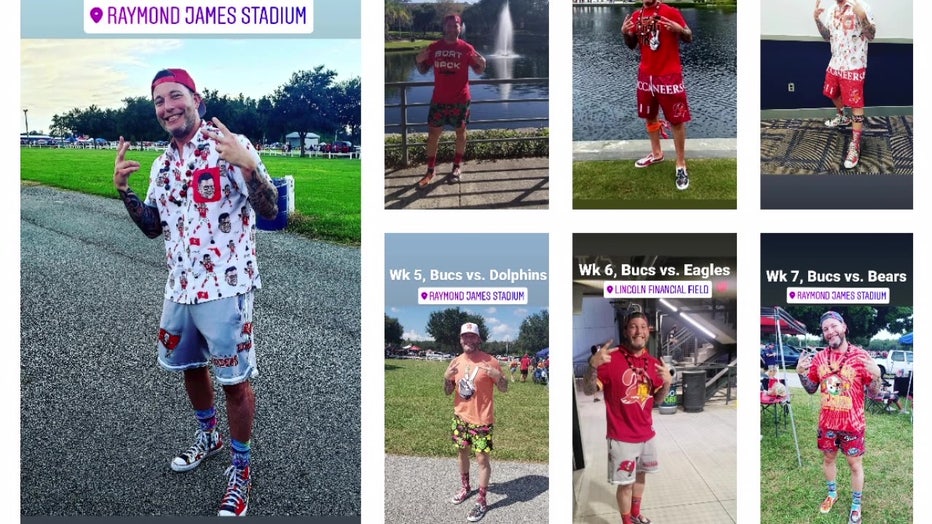 It may sound like a lot of money, but people spend their money on what makes them happy. You can't put a price on a bucket list item.

"Life is about making memories, and that's what this whole 18-week span was about," Fisher explained. "This is something I'll never forget. Yes, it was a lot of money. I could probably go buy a jet ski or something for the same amount of money, but I think this actually brings me more satisfaction, and I made a ton of friends over the last five months. "