LOS ANGELES - Sunday will mark one year until the 2022 FIFA World Cup kicks off in Qatar, and FOX Sports plans to offer plenty of content to keep fans pumped until the big day finally arrives.

FOX Sports, the official English-language broadcaster of the tournament, unveiled company-wide coverage and initiatives across its television, digital and social platforms Friday. From Nov. 21, 2022 to Dec. 18, 2022, the quadrennial soccer tournament will air on FS1, FOXSports.com, the FOX Sports App and your local FOX station. 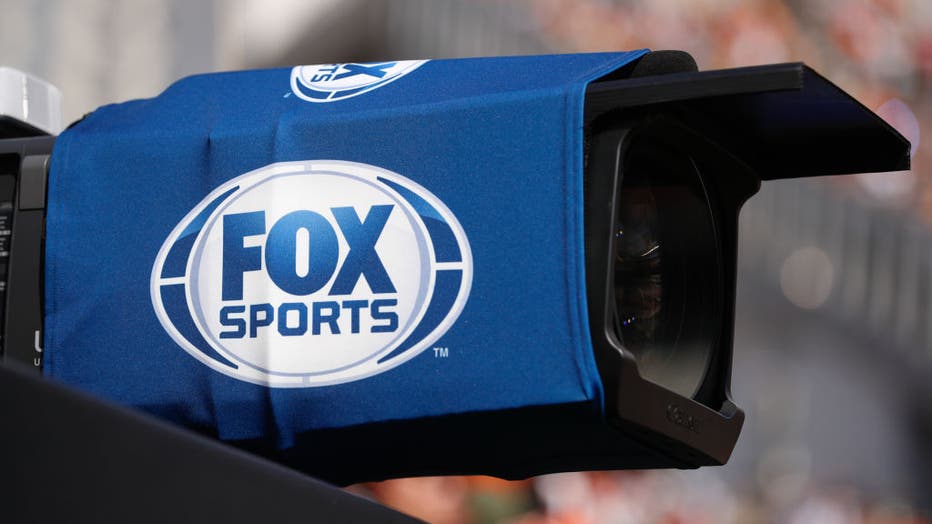 A FOX Sports TV camera during the game against the Green Bay Packers and the Cincinnati Bengals on Oct. 10, 2021, at Paul Brown Stadium in Cincinnati, OH. (Photo by Ian Johnson/Icon Sportswire via Getty Images)

"We couldn’t be more excited for the world’s biggest moment in sports to return to FOX Sports in just one year with FIFA World Cup Qatar," Neal said.

FOX viewers can expect an uptick in World Cup promotional material. The network released a countdown trailer Friday, showcasing some of the biggest moments from previous World Cups.

Times Square will become covered in World Cup images, And FOX’s streaming platform Tubi will air soccer-themed movies and documentaries as well as replays of this year’s international tournaments — such as Copa America, CONCACAF Champions League and CONCACAF Gold Cup.

The U.S. Men’s National Team won this year’s Gold Cup. Neal said he hopes to see them among the nations competing in Qatar next fall.

"The field of contenders is shaping up to be one of the best we’ve seen, and that hopefully includes the star-studded U.S. men’s national team," Neal said. "We look forward to showcasing inspiring athletes, fan-favorite teams and the country of Qatar with this anticipated global event."

FIFA previously announced a virtual ceremony for its countdown clock begins ticking in Doha, Qatar. Locally, that’s scheduled for Sunday 8:30 p.m., but fans in the United States can watch at 10:30 a.m. ET.

The hosts of FOX NFL KICKOFF will mark the occasion during their live broadcast.

An exclusive original digital video feature with 18-year-old FC Dallas forward and USMNT star Ricardo Pepi and his family, along with a written profile feature on Pepi and how he exploded onto the international scene this fall when he chose the U.S. over Mexico, then scored game-winning goals in consecutive FIFA World Cup qualifiers. Now he’s looking toward Europe for his next step.

What Can Fans Expect in Qatar?

From the location to the time of year, the 2022 FIFA World Cup will be unlike any other. Here’s what it will be like for those lucky enough to travel to Qatar.

State of the Field

With FIFA World Cup qualifying finished for 2021, a look at which countries are in position to qualify and who could miss the cut for Qatar.

State of the USMNT

With eight of their 14 FIFA World Cup qualifiers in the books, what will it take for the U.S. to qualify and what headwinds might they face along the way?

A look at which players have emerged as key contributors for the U.S. during FIFA World Cup qualifying — and at the guys who are heading in the opposite direction.

How the 2022 World Cup Will Be Different

Never before have European leagues stopped mid-season to accommodate a FIFA World Cup. What will that mean for the players and teams involved?