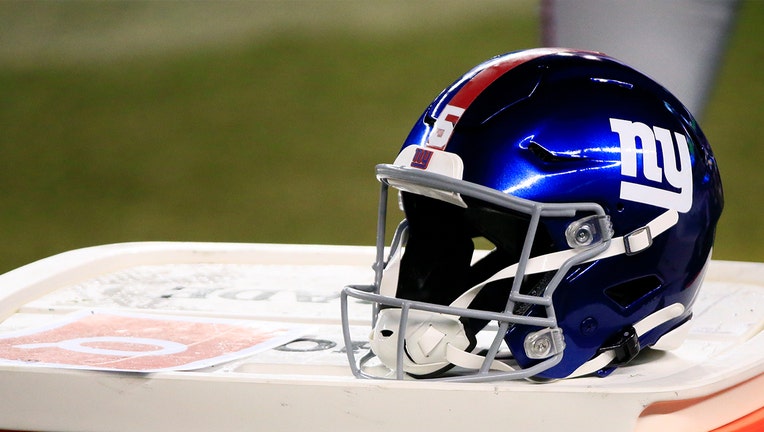 A helmet lies on the sideline during the fourth quarter at Lincoln Financial Field on October 22, 2020 in Philadelphia, Pennsylvania. The Eagles defeated the Giants 22-21. (Photo by Corey Perrine/Getty Images)

TAMPA, Fla. - As the Tampa Bay Buccaneers prepare for their next game, their Monday Night Football opponent, the New York Giants, announced at least one of their players tested positive for the coronavirus.

The team made the announcement Thursday morning, saying they begun contact tracing and all players who made contact with the individual were told to stay home.

"Those individuals will participate in meetings remotely," the Giants said in a statement. "We are working closely with the NFL's Chief Medical Officer regarding next protocol steps."

According to Tom Pelissero with the NFL Network, all but four of the Giants' offensive linemen were in quarantine.

The Bucs are scheduled to play the Giants on Monday, Nov. 2.

Last weekend, the timeslot for the Bucs' Sunday game against the Raiders was changed as a precaution after a Raiders player tested positive and multiple players were possibly exposed.

There is no word on whether a similar change will take place following news of the Giants' COVID-19 case.