WEEKI WACHEE, Fla. - If you’ve not yet heard of the Hernando County Hawks, you are not alone. They don’t yet have players on the roster, so the Hawks have yet to play a game.

At Weeki Wachee's Outpost you can find a trio who is building the Hawks from scratch. The three men shared ideas over pulled-pork sandwiches.

The Elite American Football League is an amateur football association made up of 44 teams located primarily is smaller communities. For players who have completed High School, and some who have played in college, it’s an opportunity to put the uniform on again. Purely for the joy of playing. The Hernando County Hawks are part of this group of teams.

The team owner is 22-year-old Austin Webster. He works in construction full-time, but was a player in the league last year in St. Pete. He enjoyed the experience so much he bought the franchise that will play at Hernando High School as the Hernando County Hawks.

Austin Webster said he missed playing the game of football.

"Some players might not know what’s missing," said Austin. "It could be football. Whether it’s middle school or high school they stopped playing, get back in it and see how it changes your life." 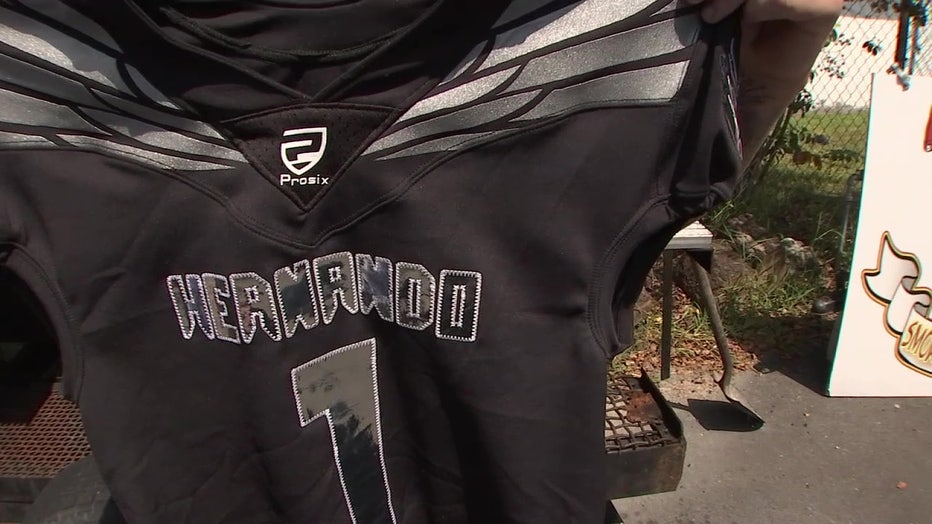 The Hawks will hold tryouts this Sunday, August 28 at 1 p.m. at the Jerome Brown Community Center in Brooksville. There is a $25 per player tryout fee. If you make the roster, that fee is applied to the $250 roster charge that pays for the Home and Away uniforms and travel expenses.

The Hawks Head Coach is Eric Riggins, Sr., has been a fixture in Hernando County football for 22 years, primarily at the youth level. He’s the proprietor of Smoking Good BarBQ. His passion for football has him splitting his time between his business and starting this next chapter in his coaching life.

The Hawks General Manager is Paul Vermeulen. He not only will handle the logistics, but the marketing ideas. He carries along a notebook filled with ideas of in-game promotions to get the community and local business involved.

"Our goal is to get this community and fans to support this team," Vermeulen said. "Without putting butts in seats, anything we do on the field is kind of a waste because there’s nobody there to see it."

The Hernando County Hawks home opener is scheduled for February 25, 2023. That’s just a few short days after the NFL Super Bowl. So if you anticipate missing football, keep that date in mind.

Get more information about joining the team at https://www.eaflusa.com/eafl-team-registration.