Indian Rocks team rallies around one of its own

LARGO, Fla. - In front of their friends and family Friday, the members of the Indian Rocks Christian School cross-country team got their moment in the sun. The team was being honored at a pep rally after capturing their second straight state title a week ago.

"It's very, very rewarding for just how hard it is to achieve that," junior Nicholas Zamora said.

It's a state title, however, that almost wasn't.

"You come so close. You're two days away and told you can't run," remembers junior Charlie LaBrant.

The day before the team was set to leave for the state championship meet in Tallahassee, Charlie woke up in extreme pain.

"It was like a different kind of pain," Charlie said. "It felt like someone just punched me in the stomach, so I was kind of freaking out."

Once his parents took him to the emergency room, doctors rushed him to surgery to remove his appendix as well as repair an abdominal hernia.

"Everything that could've happened to my son happened to him," said Charlie's dad and the team's head coach Bobby LaBrant. 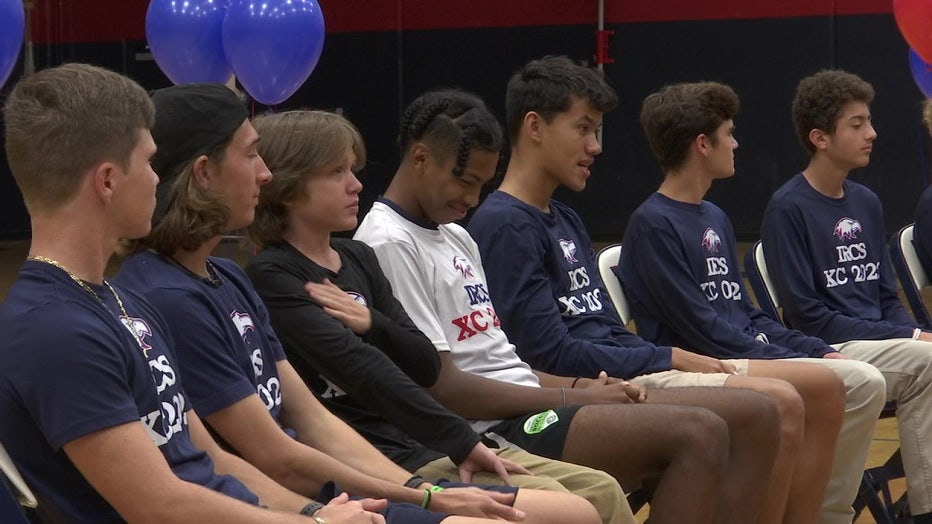 Needless to say, Charlie's race was over before it ever began.

"It was really disappointing," said Charlie. "You put in all those miles and all those workouts."

But there would be no pep rally without Charlie. His teammates rallied around him at the state meet determined to deliver the gold Charlie LaBrant rightfully deserved.

"It feels really nice. The team always has your back no matter what, and they pulled through which was really nice," said Charlie.

Now on the mend, and with the repeat in hand, Charlie is cleared to resume running in a few weeks.

"It just makes me so much more pumped for next year," said Charlie.

And Charlie hopes, he'll be running down the team's three-peat state championship.