TAMPA, Fla. - The postseason for high school football in the Sunshine State is here, and no one is heading into the playoffs in more of a high than Tampa Catholic. The Crusaders took down their arch rivals Jesuit in the game of the year on Friday.

Tampa Catholic's rivalry with Jesuit is iconic, but the results are lopsided.

"Unfortunately, for a long time, we were on the wrong side of it," said Tampa Catholic Head Coach Jeris McIntyre.

The rivalry has been so lopsided, in fact, that Tampa Catholic was winless against Jesuit for the last 22 years.

SPORTS: Lakewood's Garcia finds love for coaching on the gridiron

"Over the years there's been games against them where it looked like we were going to win, and the tides turned and went the other way," McIntyre recalled.

This past Friday night game seemed to be going according to the same old script. With just over six minutes in the game, Jesuit held a 19-6 lead over Tampa Catholic, and it looked like the Crusaders' losing streak would reach 23 years.

But there were those on the sidelines that weren't so sure.

"Any team can win a game. It's all in your head if you think about it," said Tampa Catholic senior linebacker Lewis Carter. 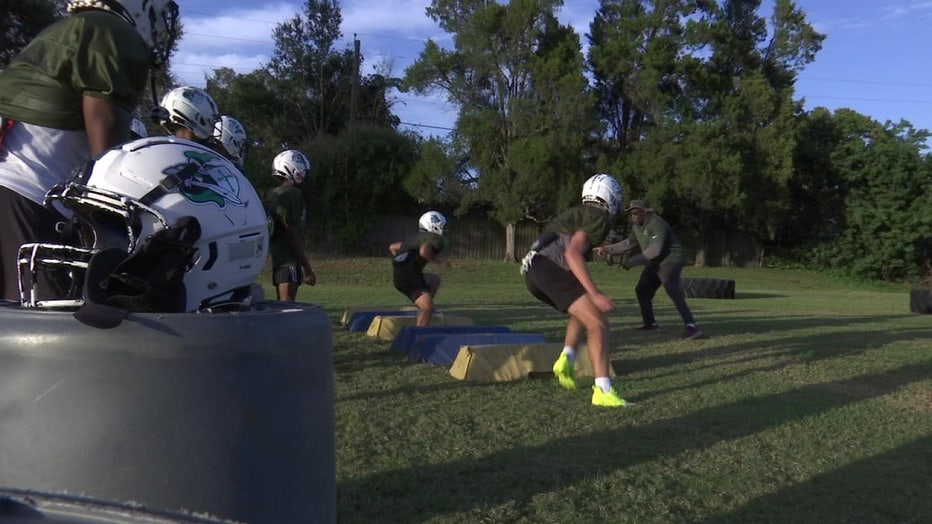 A late Crusaders touchdown drive pushed the game to a 19-13 Jesuit lead with under six minutes to play.

What happened next, no one saw coming.

Following their touchdown drive, the Crusaders forced a Jesuit punt, one that Carter blew past the line to block while defensive back Trey Pompilus III recovered the ball for a touchdown.

In a wild turn of events, the Crusaders held a 20-19 lead, which they would hold until the final horn sounded.

"It was one of the best moments I've ever had through the experience of football," said Carter.

As the Tampa Catholic students stormed the field, nearly a quarter of a century of heartbreak came to an end.

"To end that streak and to kill that streak was a goal of mine when I became head coach," said McIntyre. "I'm just so glad that it's over with."

Now, the Crusaders take their win of the millennium and use the momentum as the playoffs start this week.