TAMPA, Fla. - It's semifinals week in 5A Florida state playoffs and, unsurprisingly, Tampa Jesuit is in the hunt.

"They're motivated," head coach Matt Thompson told FOX 13 Sports. "They know they're going to have to play their best."

Friday against American Heritage will be the Tigers' fifth semifinal appearance in six years. However, each of the four previous trips to the final four had two things in common: none yielded a trip to the state championship and each was against a team from the Miami area.

"We know from the first week that we're going to have to go down there and play," junior linebacker AJ Cottrill said. "There's always a chip on our shoulder."

Coach Thompson is hoping transfer quarterback Joe Pesansky will make the difference this time around. 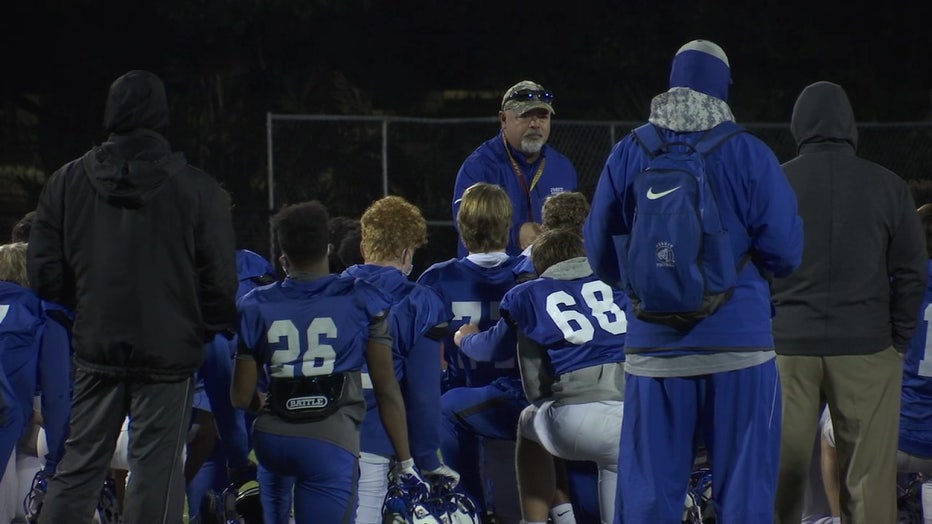 "We've run the ball pretty well against those teams, but we haven't been able to be effective in the passing game," Thompson admitted. "I think this year now we can pass the ball so that's what makes us dangerous."

Pesanksy has been a breath of fresh air for the Tiger offense since his family relocated from Virginia. However from day one with Jesuit, he was made aware what was looming, should they make it to the semifinals.

"It's just the beast from down south," Pesansky said. "Everyone knows every year that's who is going to win the state title, and I think we're the team that can change it."