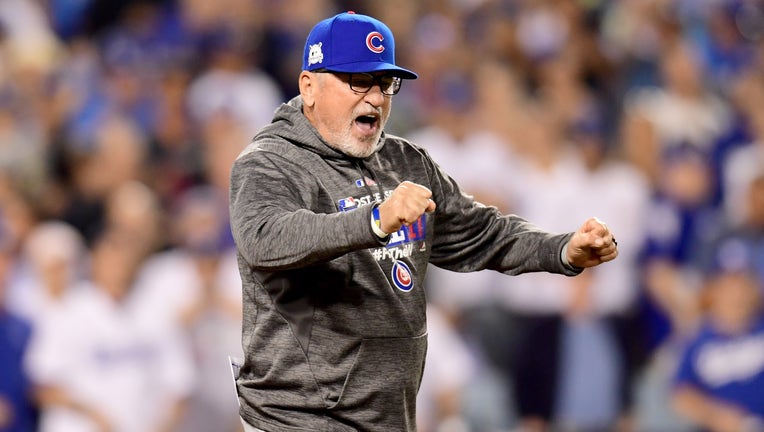 LOS ANGELES, CA - OCTOBER 14: Joe Maddon #70 of the Chicago Cubs reacts after being ejected during the seventh inning against the Los Angeles Dodgers in Game One of the National League Championship Series at Dodger Stadium on October 14, 2017 in Los

The Angels fired manager Brad Ausmus after one season when the club failed to make the playoffs with a losing 72-90 record. The team finished fourth in the American League West behind the Houston Astros, Oakland Athletics and Texas Rangers. The Angels barely managed to earn more wins than the struggling Seattle Mariners who finished last in the division with 68 wins in the 2019 season.

Maddon led the Cubs to their first World Series win in 108 years in 2016 during his five years with the team. He also spent nine years managing the Tampa Bay Rays.

“We are thrilled that Joe is coming back home and bringing an exciting brand of baseball to our fans,”Every stop he has made throughout his managerial career, he has built a culture that is focused on winning while also allowing his players to thrive. We believe Joe will be a great asset for our club and look forward to him leading the team to another World Series championship.”

He's a familiar name in Southern California having spent the majority of his career with the Angels with the organization's minor and major league teams.

Maddon signed with the Angels as an undrafted catcher in 1975, and he spent the next 31 years working at almost every level of the organization as a player, coach and manager. He served as a big league assistant coach under five managers, and he had two stints as the Angels’ interim manager.

He served two stints as interim manager in 1996 and '99, and he was the bench coach for the Angels' 2002 World Series-winning team managed by Mike Scioscia.

CNS and the Associated Press contributed to this report.