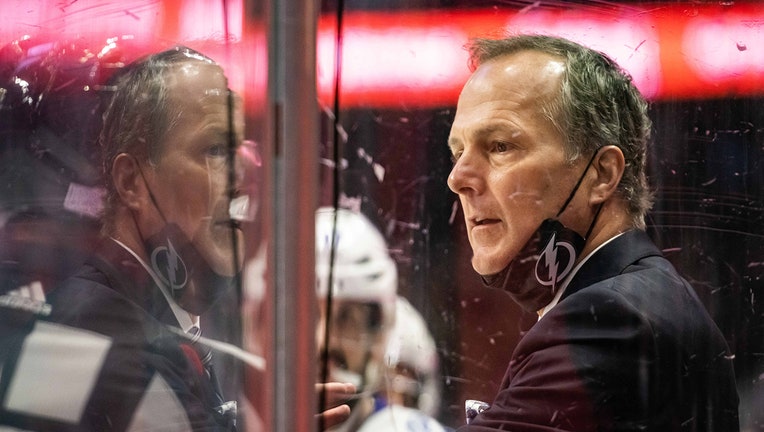 OTTAWA, ON - NOVEMBER 06: Tampa Bay Lightning head coach John Cooper argues with referee Kevin Pollock (33) after a goal was ruled out for interference during the second period of the NHL game between the Ottawa Senators and the Tampa Bay Lightning o

TAMPA, Fla. - Hours before facing off against the Vegas Golden Knights, the Lightning's head coach was placed on COVID-19 protocol.

It was the first time in 663 games that Jon Cooper, the NHL's longest-tenured coach, would not be behind the bench. Coaching duties fell to assistant coach Derek Lalonde.

"We got to the rink, nothing really changed, obviously let the guys know and things would be seamless," Lalonde said. "Just kind of went about our business. I don’t think anything is surprising."

The Bolts went on to win 4-3 against Vegas. Steven Stamkos scored the tie-breaking goal on a third-period power play.

Starting Wednesday, the NHL will head into Christmas break two days earlier than previously scheduled and pause the season due to a surge in COVID-19 cases. The league said it will be nearly a week-long pause with the NHL teams. Games will resume Monday, Dec. 27.