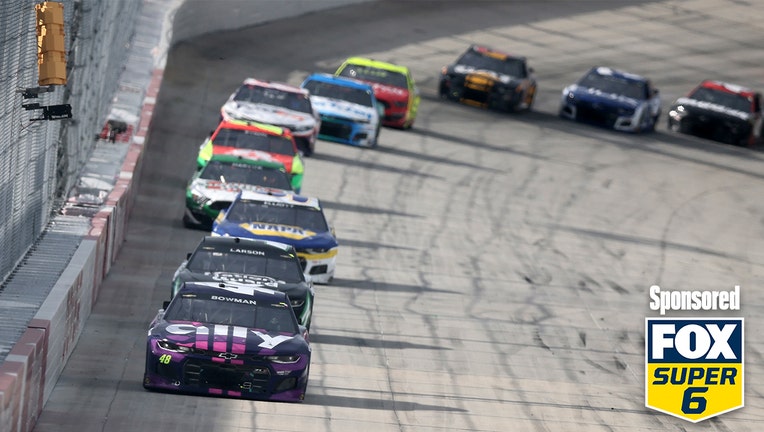 Throw something new into the NASCAR circuit, and there’s always the possibility for chaos.

That’s what could be on tap this weekend when the Cup Series heads to Austin for Sunday’s EchoPark Texas Grand Prix at the Circuit of the Americas Road Course – a 3.4-mile track that is a different test from the short tracks in Dover and Darlington the past few weeks.

Because this race is so new, there’s no past history to go upon: no past finishes to evaluate, no caution trends to follow, no drivers who know every inch of the track. And that means there's an opportunity for a wide array of drivers – and for you with FOX’s Super 6 Stage 2 contest.

Here are the six questions for Sunday's Stage 2, and some quick thoughts on each to help you take the checkered flag.

Which driver will have the best finishing position at the end of Stage 2?

Elliott is the betting favorite this week, and he has been great at road courses with five wins. The one road course that was in play this year was at Daytona, and Bell ended up winning it.

Hamlin did lead after Stage 2 at Daytona in Week 2, so he should also be considered in the mix. Truex also has a few road course wins, if you're looking to go against the popular pick.

How many cautions will there be by the end of Stage 2?

This is an example of how having no history to look at from past races could make for a really difficult challenge.

The possibility for cautions could be reduced with the field being stretched out on such a long, winding track. However, there could also be more mechanical issues with pits stretched out as well. It might make sense to hew to the middle options here.

Who will have the most laps led by the end of Stage 2?

Again, this is a difficult call with a new track. But the hunch here is Elliott – who has a good track record and also has raced really well at times this season – will be the safest play of the bunch.

Logano, who is seventh in odds to win the race, might also be someone to keep an eye on, while Blaney is fourth-most likely to win, according to FOX Bet.

Which of these drivers will have the fastest lap by the end of Stage 2?

Week after week, it feels like Hamlin’s car has been the most consistent and the one that has the best chance to win, even though he hasn’t broken through yet. That’s why he’s atop the points standings and has the most stage wins (five) to this point.

Which manufacturer will have the most cars in the top 5 of Stage 2?

At Daytona’s Road Race in February, two Toyotas and two Fords ended up in the top five together.

The Elliott dynamic gives Chevy a chance to break into that mix one week after Chevy and Hendrick took the top four spots at Dover, but a tie might be the best option.

Which team will have the most drivers in the top 5 of Stage 2?

History was made last weekend when Hendrick went 1-2-3-4, only the third occasion where the top four spots went to one racing team.

Maybe Hendrick gets some momentum out of the run – and it's worth noting that Elliott, the favorite, drives for Hendrick, of course.