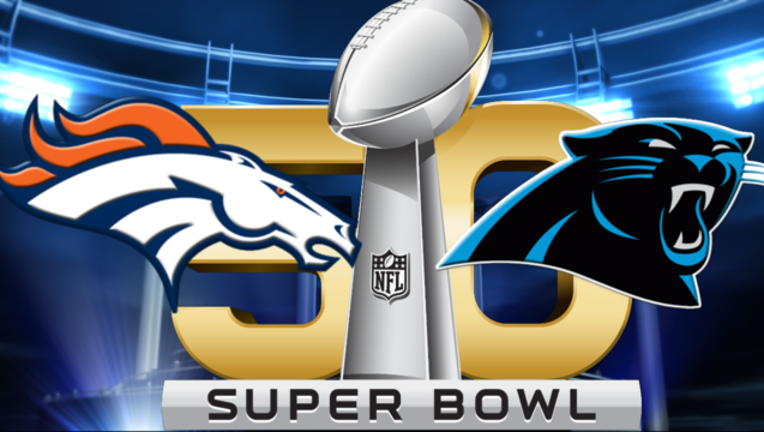 CHARLOTTE, N.C. (AP) — Superman is headed for the Super Bowl.

He's taking the Carolina Panthers with him.

Cam Newton threw for two touchdowns and ran for two others, and Carolina's big-play defense stifled the league's top-ranked offense in a 49-15 romp Sunday for the NFC championship. It was the most points for a winner of an NFC title game.

The NFL's new top man at quarterback — Newton is an All-Pro this season — will lead the Panthers against five-time MVP Peyton Manning and the Denver Broncos in two weeks.

It will be Newton's first trip to the Super Bowl and the second trip to the big game for the Panthers (17-1), who lost to New England 12 years ago. Denver, of course, has made a habit of going to Super Bowls, reaching it for a record-tying eighth time.

"We won as a team," Newton said. "We came out here and fought our tails off and we did what a lot of people said we couldn't do. It's not over yet. We'll be ready to go in two weeks."

And while the Broncos' defense carried it past New England 20-18 for the AFC crown, Carolina's D was just as destructive. It picked off Carson Palmer four times, forced two fumbles by him, and never let up the assault.

Special teams also had a takeaway, and when Carolina grabbed a 24-7 halftime lead this time, it didn't back off, as it did in nearly blowing a 31-point margin a week ago vs. Seattle.

When Newton flew into the end zone for a 12-yard third-quarter touchdown — no, he didn't have a cape on — he posed like a superhero, dabbed a bit, and pointed the Panthers toward the Bay Area and Super Bowl 50.

Newton finished with 335 yards passing and 47 rushing as Carolina won its 13th straight home game, including three in the playoffs.

One of his biggest helpers was Ted Ginn Jr., who was dumped by the Cardinals after last season. Ginn had a 32-yard punt return to set up his weaving 22-yard TD run, and chased down All-Pro cornerback Patrick Peterson to prevent a second-quarter touchdown. He also had 52 yards on two receptions.

Carolina's defense did the rest, most notably making Palmer uncomfortable in the pocket and turning Larry Fitzgerald, the star of last week's overtime victory against Green Bay, into a virtual non-entity. It led the league with 39 takeaways, and at times it made an Arizona team that gained more yards than anyone look amateurish.

Capping the barrage was All-Pro Luke Kuechly, who returned an interception 22 yards for a score. The 49 points were the most this season for Carolina, which led the NFL with 500 points.