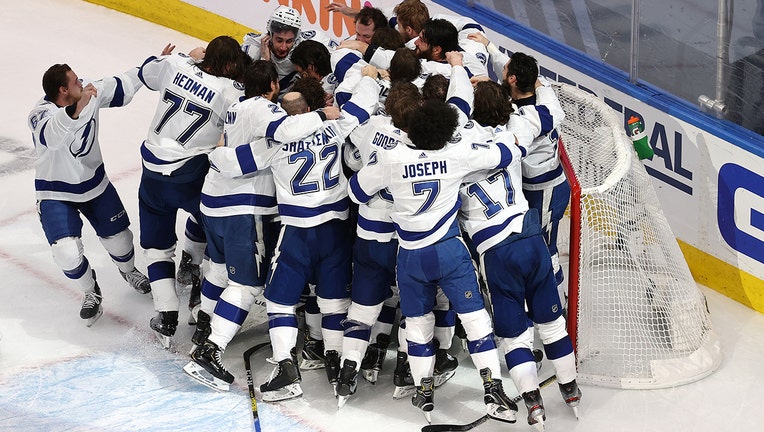 NHL Commissioner Gary Bettman warned players Wednesday they are likely going to have to pay one way or another to make up for the league’s projected lost revenue whenever the 2020-21 season gets underway.

Speaking on a Sports Business Journal panel, Bettman stressed the NHL is not attempting to reopen the collective bargaining agreement some five months after it was extended. Instead, he said, the fiscal realities amid the pandemic mean the 50-50 revenue-sharing split between owners and players will be affected for at least the near future.

And that means players will have to bear the brunt of any shortfall to owners.

The question then becomes, Bettman said, whether it’s in their best interest to pay the money back in the short-term — by deferring a higher percentage of their salaries as the NHL has raised in discussions — or face the potential of having the salary cap stay flat over the remainder of the six-year deal.

One Tampa Bay Lightning fan is taking his love for the team to an extreme level.

“If we have to pay out lots of cash, two-thirds of which is going to come back to us, that may cause some stress,” Bettman said. “And by the same token, if the players owe us more money than anybody imagined, the salary cap could well be flat or close to flat for the next five or six years, and players into the future will be repaying what we’re owed.”

When it comes to a flat cap, which would have the potential of restricting future pay increases for players, Bettman said: ”(Players) have to ask themselves, `Does this make sense?’”

The NHL’s new CBA currently calls for players to defer 10% of their salary for the upcoming season and it puts a cap on how much money will be kept in escrow over the length of the deal.

Without calling it a formal proposal, the league has raised the possibility of having players increase salary deferrals to 20% or 26% and increasing the escrow caps, according to a person with knowledge of the discussions who spoke to The Associated Press on condition of anonymity because neither side is publicly announcing details of negotiations.

The National Hockey League Players’ Association did not respond to a message seeking comment.

Players and several agents have privately grumbled at the developments and accused the league of attempting to renege on the deal reached in July that led to the resumption of play and the completion of last season.

Bettman refuted the criticism, calling it “unfortunate” and “inaccurate,” and said the agreement at the time was based on collective assumptions that are no longer applicable. The NHL now has to factor in a shortfall in gate revenue because fans aren’t expected to be allowed to attend games, at least initially.

Another issue is the likelihood of a one-time realignment due to cross-border travel restrictions, which will likely result in Canada’s seven teams competing in one division. U.S.-based teams might be required to play in hub cities, as opposed to their own arenas.

The league is also expected to play a shortened season, which could feature as few as 48 games, such as what happened in the lockout-shortened 2012-13 campaign.

In an email to The Associated Press, NHL deputy commissioner Bill Daly said “as of right now,” the NHL is still targeting Jan. 1 to start the season, before adding: “That is obviously subject to change.”

It’s becoming increasingly unlikely the NHL will meet that target date. Players have not yet been asked to travel to their home cities. When they do, they will be potentially required to spend up to two weeks in self-quarantine before teams can even be allowed to open training camp.

Another issue are local health regulations. The NFL’s San Francisco 49ers, for example, relocated to Arizona this week after Santa Clara County banned contact sports teams from holding games and practices for at least the next three weeks.

The San Jose Sharks are based in the same county.